Nikolaus Leopold Joseph Maria zu Salm-Salm. Who is behind this honorable name? A scion of the German high nobility, sixth Prince zu Salm Salm and name giver of the Leopold mine.

During the time when the mine should be built, Prince Leopold was the owner of the “Bergregal”. That means: He owned the entitlement to rights and royalties from the region’s natural/mineral resources. He was also the one who agreed on the drilling and mining rights with the mining companies and gave the green light for drilling in Dorsten-Hervest. In 1910, the shaft sinking work got under way for the first shaft of Leopold mine. And three years later, regular coal production started.

In the first year of regular operations, the coal miners of Leopold mine produced 39,000 tons of coal. 84 years later, in 1997, the plant reached its highest output with 2.4 million tons and provided jobs to around 3,000 employees.

What remains are a lot of over-ground facilities that give today’s visitors a clue as to how the mine’s operations were structured. While most of the preserved over-ground facilities were designed by a private investor, the economically unusable headframe over shaft 2 and the machine house belonging to it should be discontinued. The Foundation for the Preservation of Industrial Monuments prevented this from happening. 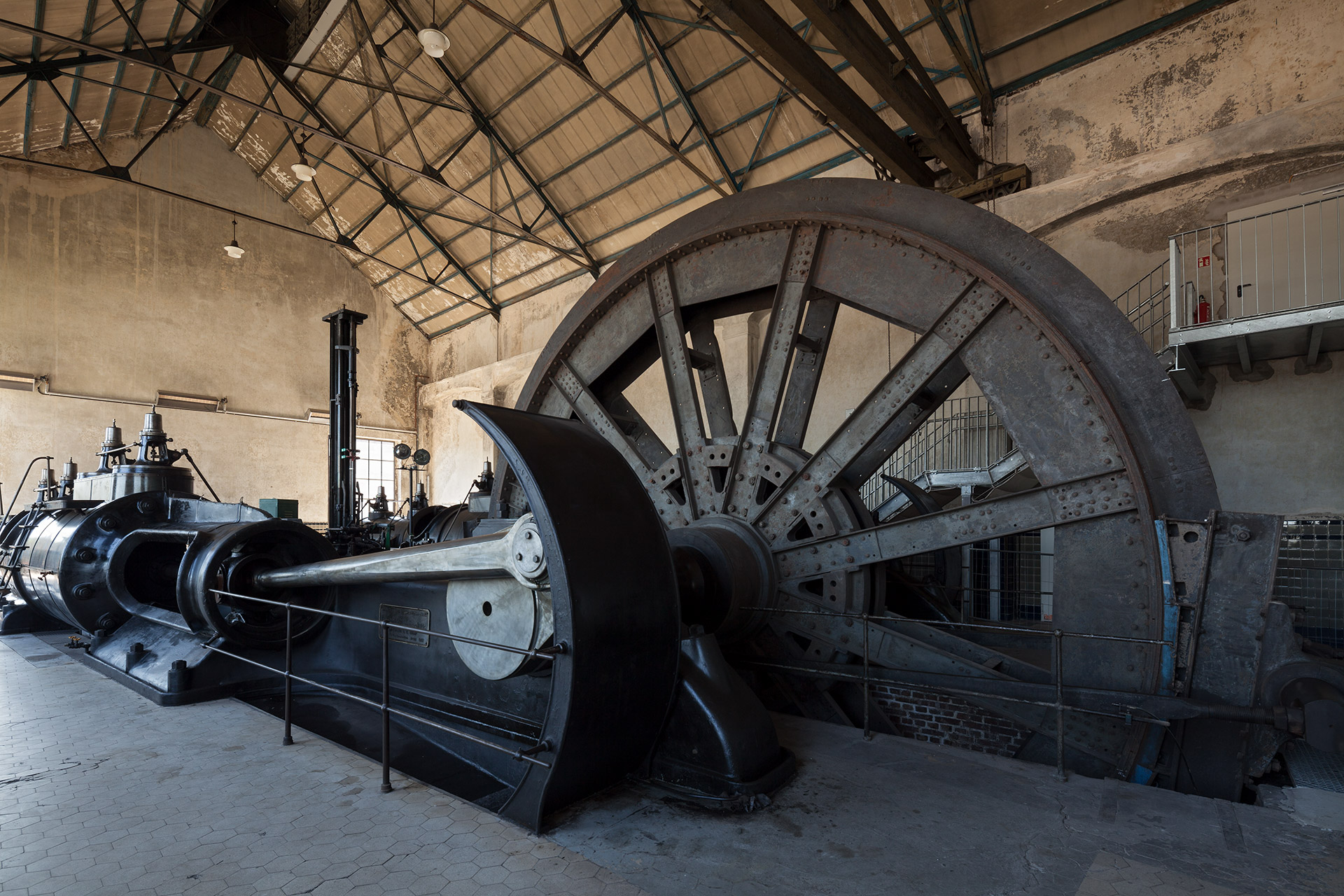 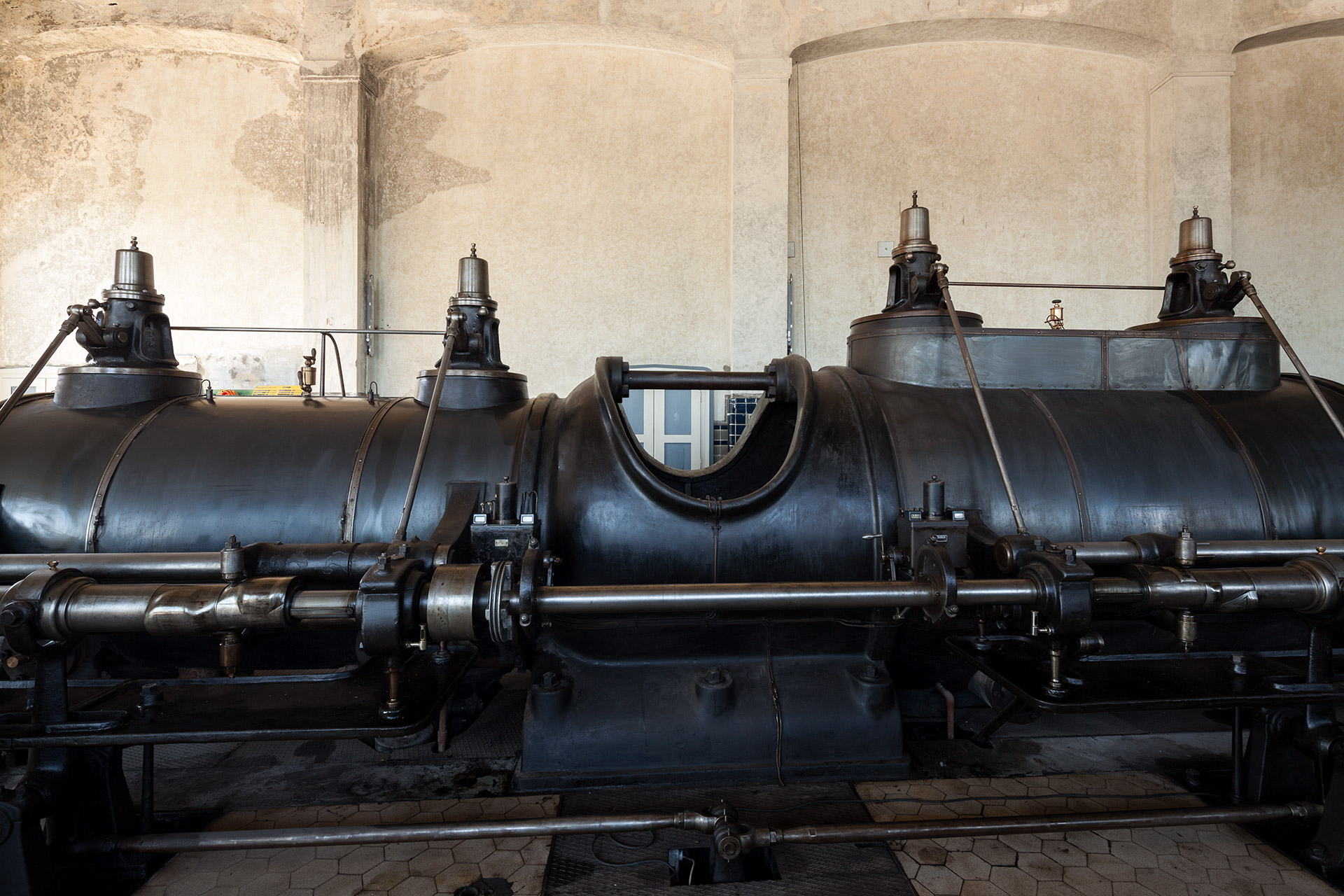 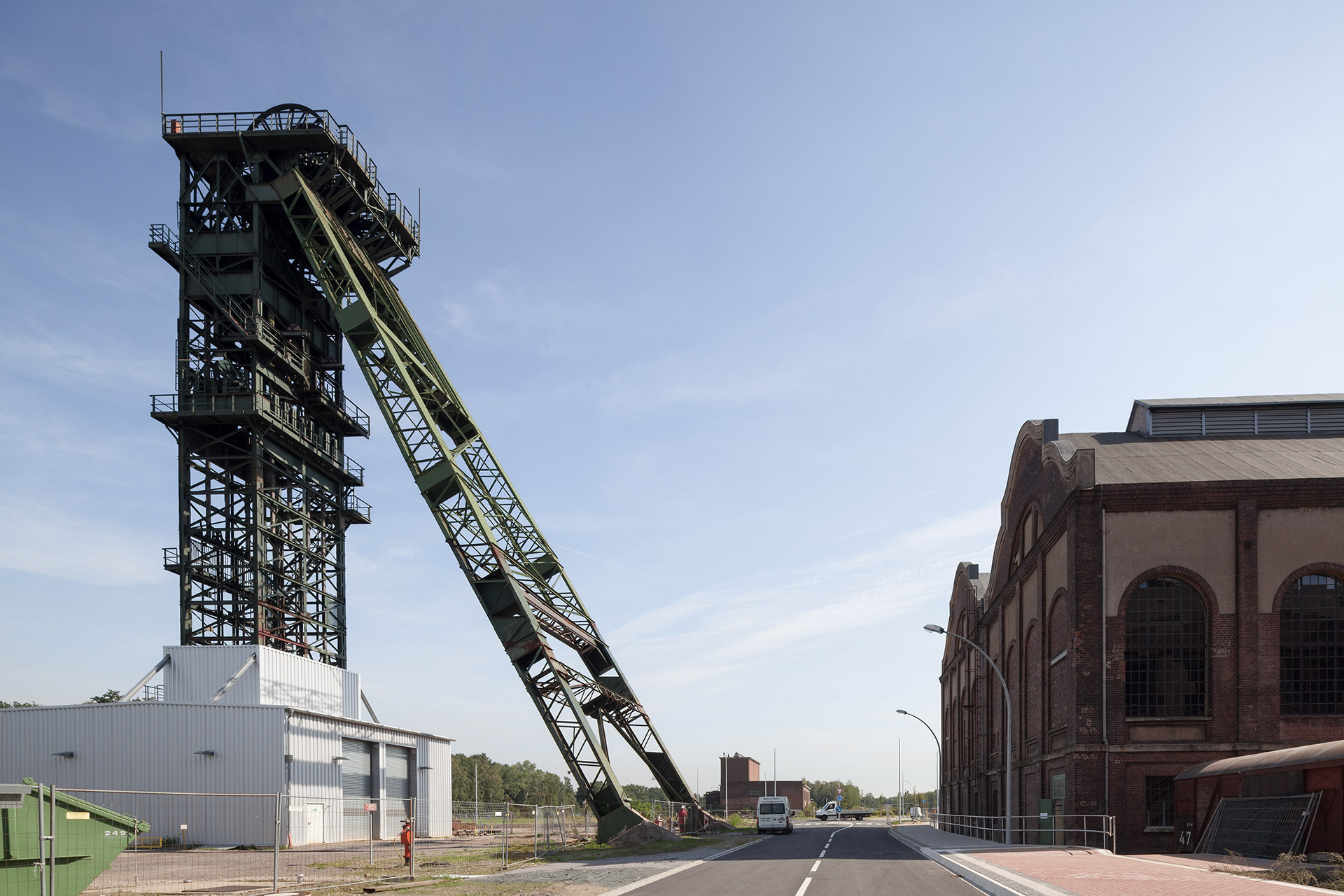 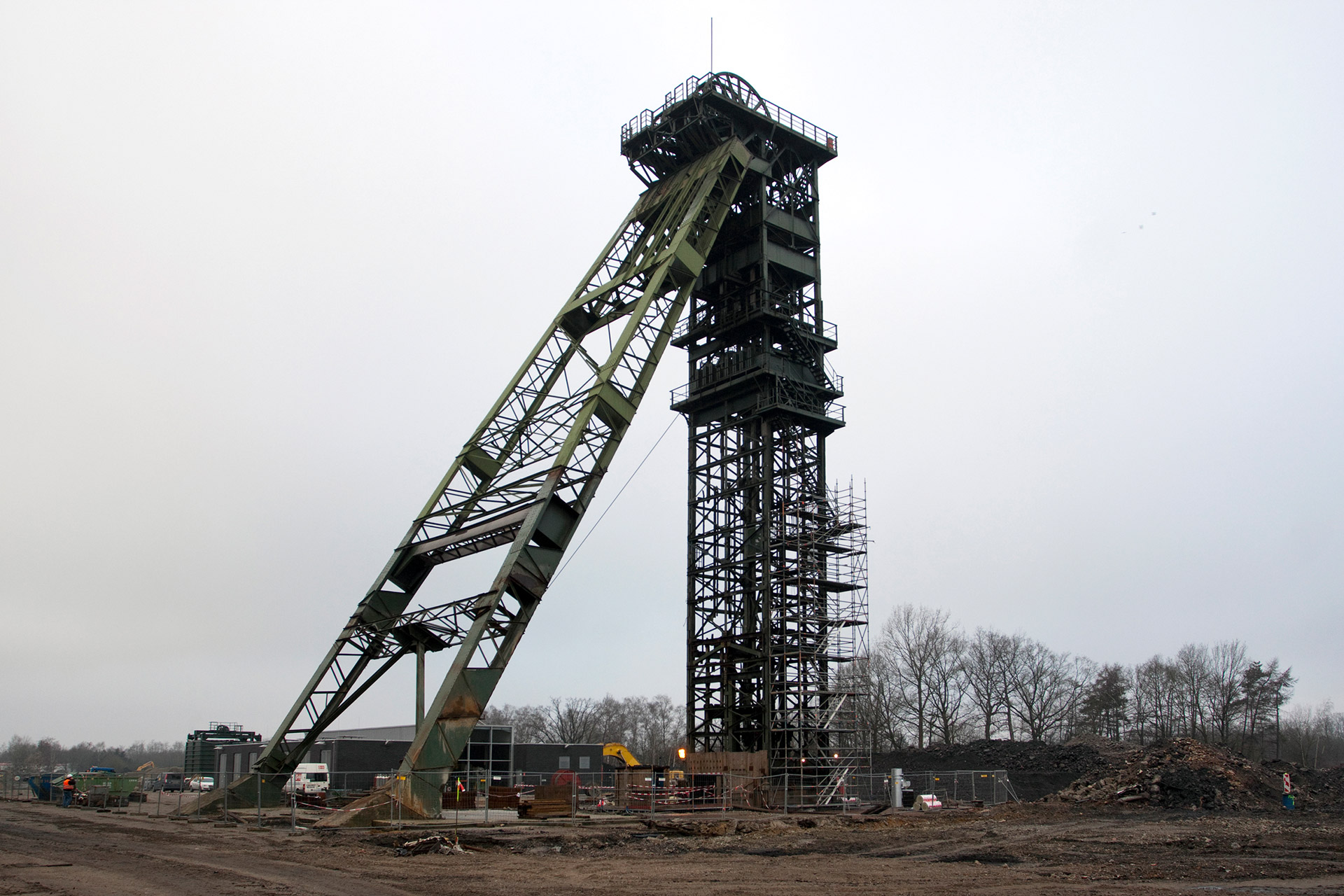 Traces of days gone by can still be discovered everywhere on Leopold mine’s site. These also include the one-story single trestle of construction type Promitz 2. It was built by the constructors in the years 1912/13. One highlight is the half-timbered construction with four adjoining rope sheaves. A dual-hoisting machine building is connected directly to the plant that consists of two machine houses positioned next to each other.

For example, two twin tandem steam-driven winding machines with corresponding machine driver’s cabins and manually operated crane runways are waiting for you. One of the machines was started up again and is demonstrated during tours. It’s also well worth taking a look inside of the machine buildings. That’s because this is where you can see wall and floor tiles from the early 20th century – and recreate the miners’ day-to-day work life.

At the end of the 19th century, the first deep drilling in the surrounding area of Dorsten took place. In this way, coal mining crossed the Lippe northward and reached the northern edge of the Ruhr region. A far-reaching event for people in the area – and a lucrative business for companies in the coal and steel industry. Starting in 1918, the Dortmund-based Hoesch Group took over responsibility for the mine. It continually spurred the mine’s development and merged it together with the Baldur mine in 1931 – the first Dorsten hard coal mine. In 1968, the Leopold-Baldur Group transferred into the ownership of Ruhrkohle AG. Those in charge constantly searched for options to further develop the coal agreement, and expanded the group in 1982 with the third mine in the urban area of Dorsten: the Wulfen mine. During the following period, the decision-makers created the amalgamated Lippe mine and in 1998, it was enlarged to include the Gelsenkirchen Westerholt mine. Three years later, on August 17, 2001, the conveyor belts came to a standstill and the mine closed its gates. But a small chink still stayed open. That’s because by the end of 2017, shaft 2 serves as a location for central water retention of RAG Aktiengesellschaft in the Ruhr region. 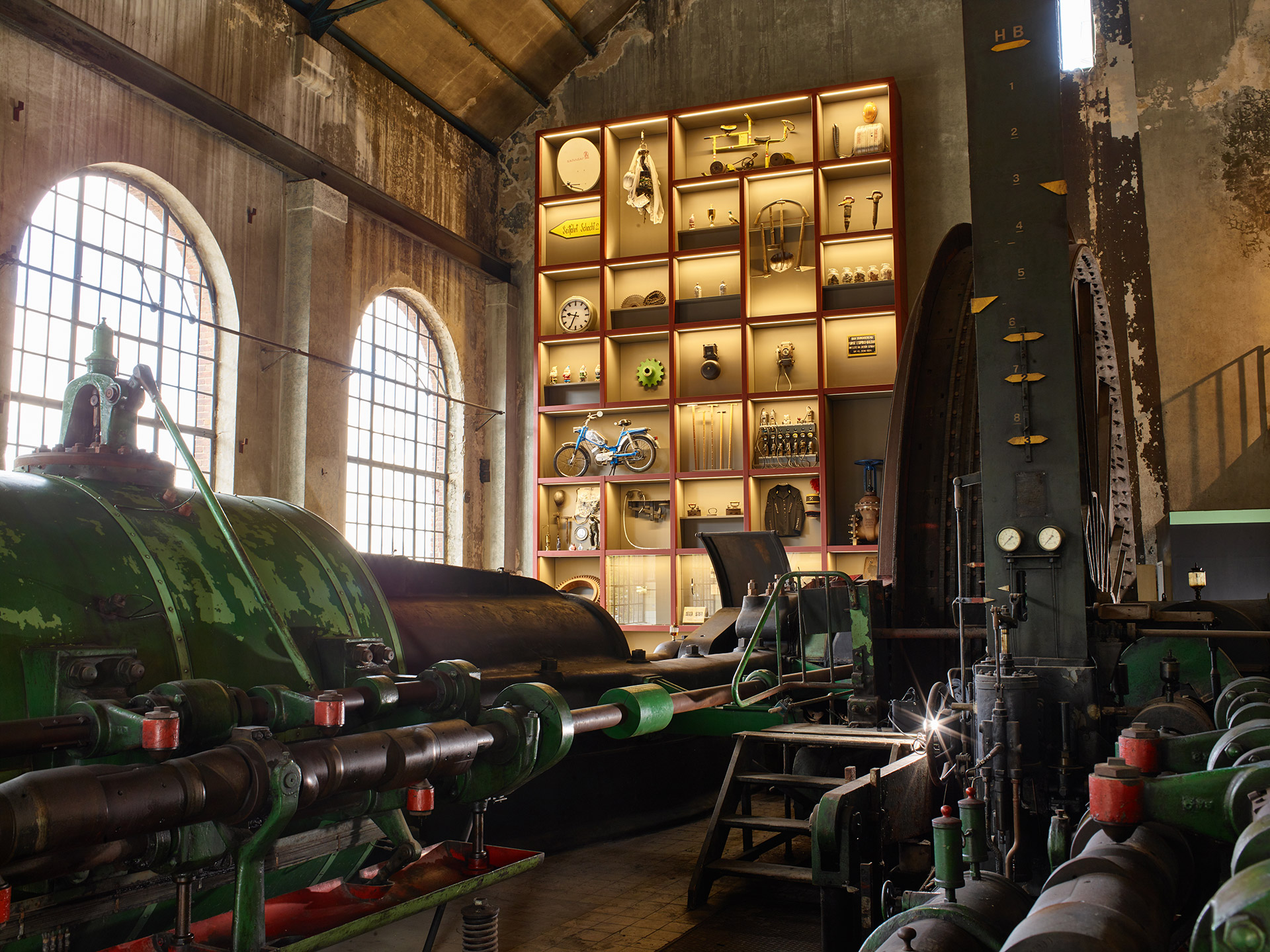 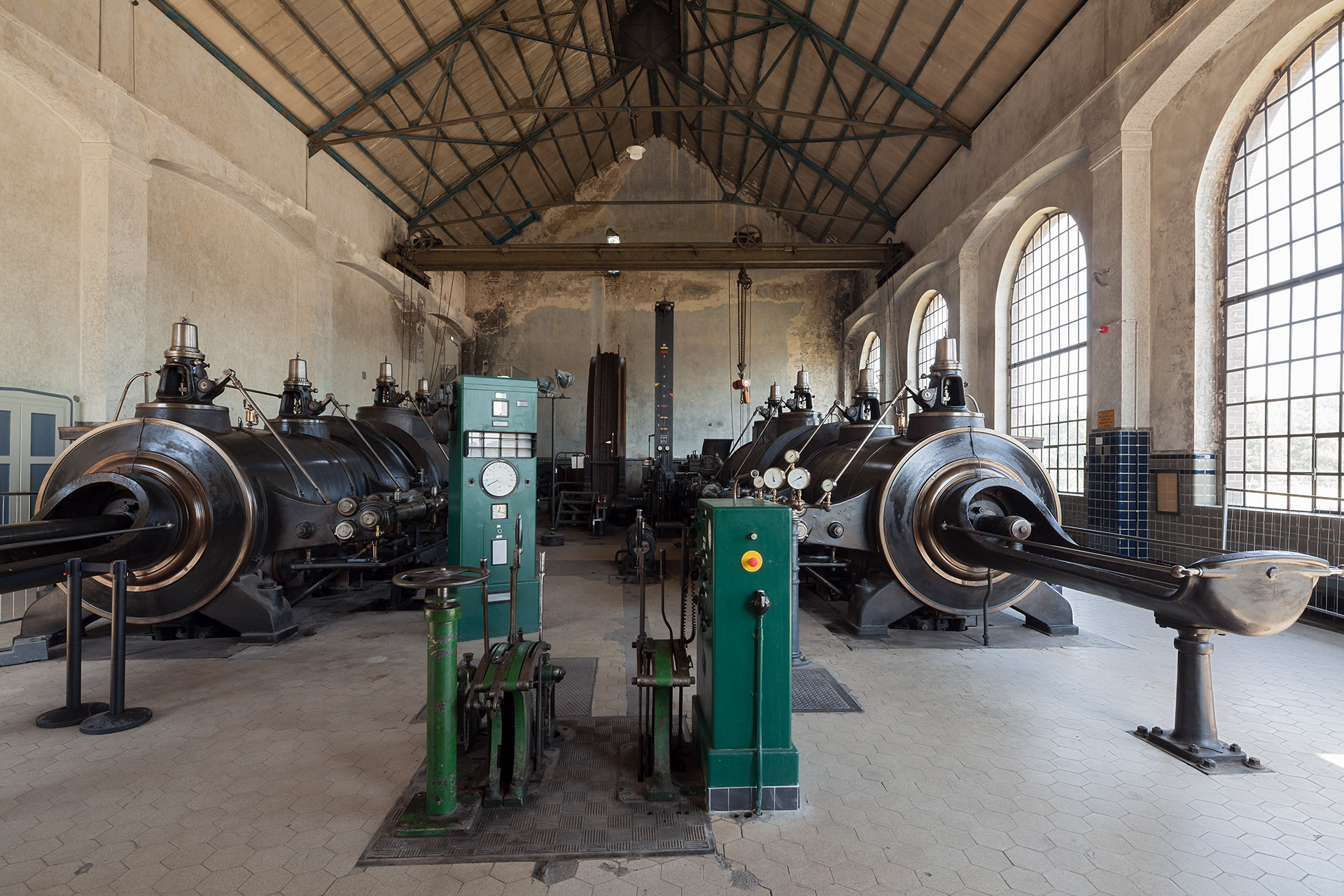 Due to its immense historical and societal importance, the plant was entered in the City of Dorsten’s list of monuments in 2004. The Foundation for the Preservation of Industrial Monuments has been taking care of the hoisting machine building since 2011, and four years later, it obtained ownership of the headframe.

Today, Leopold mine promotes something very special: the curiosity and knowledge of people. The plant is a lively place for meeting, getting experience and for extracurricular learning. The Association for Mining, Industrial and Social History ("Verein für Bergbau-, Industrie- und Sozialgeschichte e.V.") is therefore collaborating closely with the Foundation for the Preservation of Industrial Monuments, and offers historic industrial and district-related tours and events throughout the year. The association also uses the preserved double hoisting machine building, and gives fascinating insights there, and even civil weddings are possible here. Another highlight on the site: the Leopold-Regal.

Renovation and conversion of machine house

Dynamization of steam-driven hoisting machine, installation of a gallery for use as
exhibition room and meeting place