A monumental building. 126 meters long. Triangular gable at the entrance.A staircase in front. Inside, a view like in a hangar. At the end, a stage. Actors, countless seats and curious guests.

No – we’re not in a state theater. We’re in the former machine hall of Zweckel mine in Gladbeck. Previously, it supplied the mine with compressed air and energy. Today, it is at the service of culture and commemorative culture – for example, as a venue of the renowned art festival Ruhrtriennale.

The Prussian state took over the mining site in 1902, which takes its name from the adjacent farming community of Zweckel. The first sinking activities started in 1908. The central machine hall was built a year later, which stands completely in the spirit of its Prussian builders. It’s an imposing brick building in historicism style that is guaranteed to astonish viewers with its representative look – both outside and inside.

When you enter the plant, elements of art nouveau immediately catch your eye. Housing the switchboards, the gallery’s design is especially impressive. Elaborate paintings with stenciling adorn the interior. Two reconstructed axes of the mural paintings and integrated original fragments stand out here. Further reconstruction work was deliberately not performed: The traces of time should be clearly visible for visitors, and create a devout atmosphere combined with the spatial extensiveness. 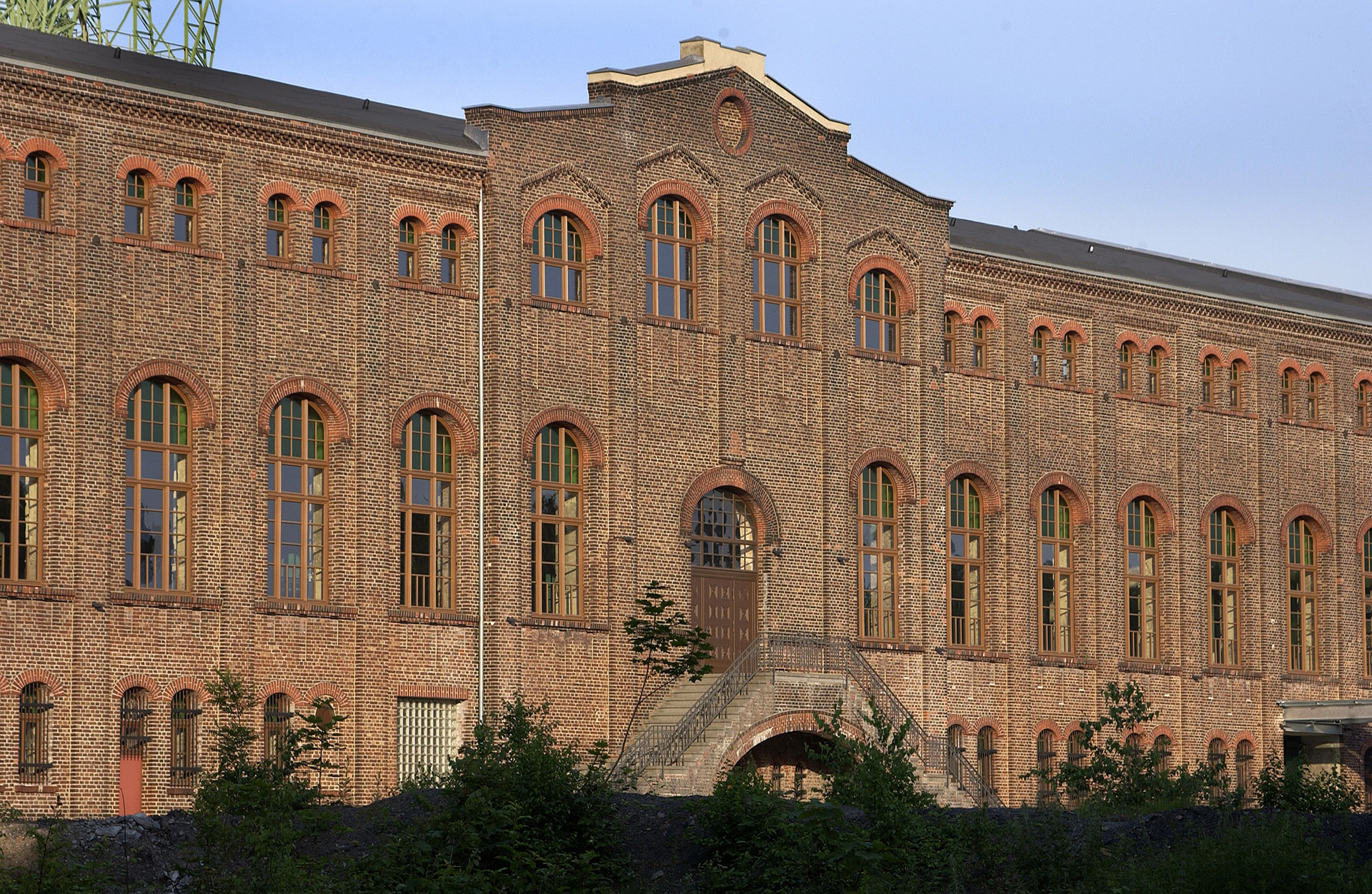 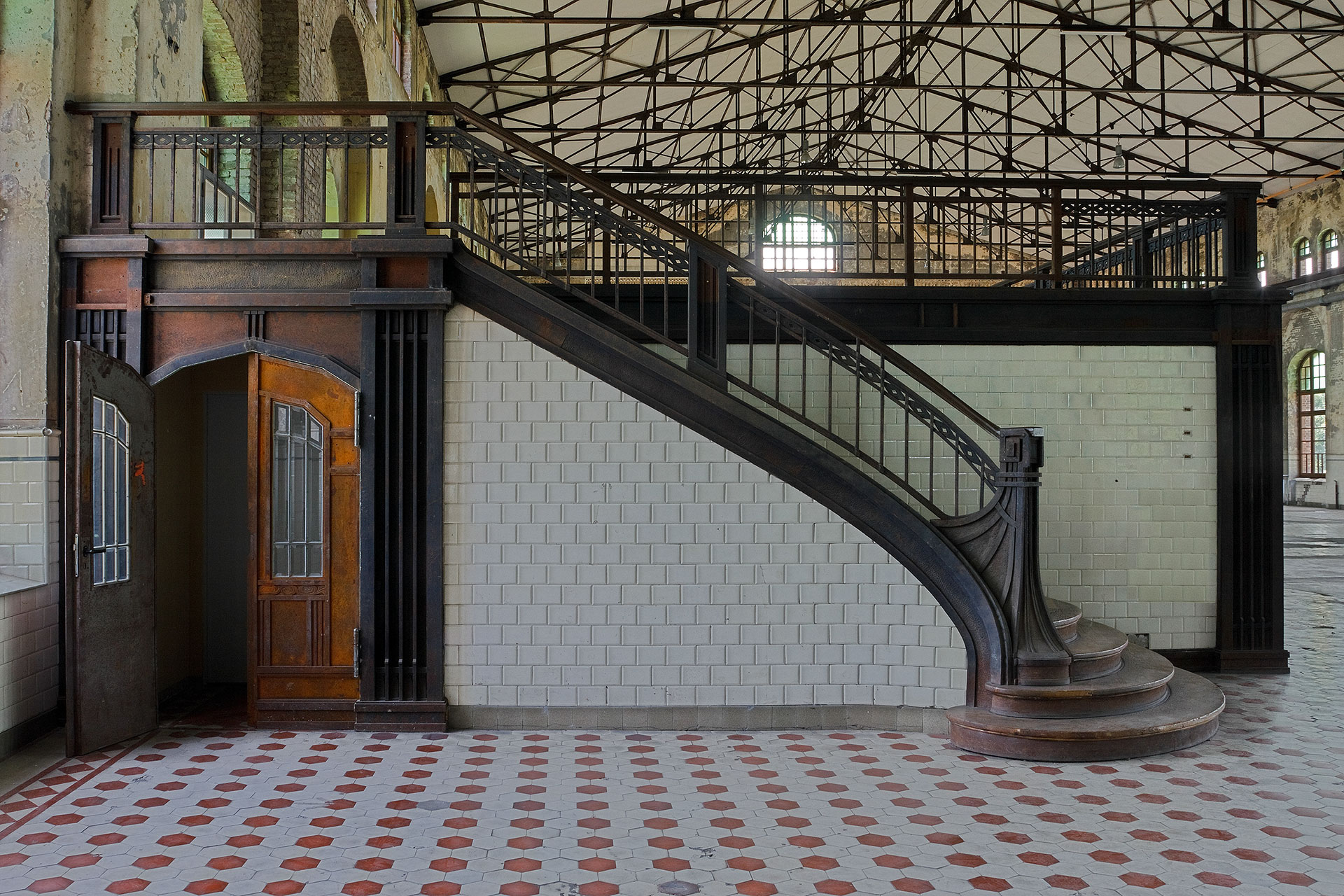 In the days when the conveyor belts at Zweckel were running at full speed, the machine hall was known as a main electrical supply station. That’s because inside of the building, countless compressors, generators and converters generated compressed air and electrical energy for the whole mine. In addition, that’s where the pit fans were housed, which ensured fresh air supply to the pit buildings. Today, only a few technical systems are still preserved. But the building’s dimension gives visitors a good idea of how big the machinery pool at Zweckel mine once was. You can also marvel at an Ilgner converter in the main building as well as the two electrical hoisting machines from 1908 in the two wings. The two last-mentioned makes originate from the plants of AEG (electrical) and Thyssen & Co. (mechanical). 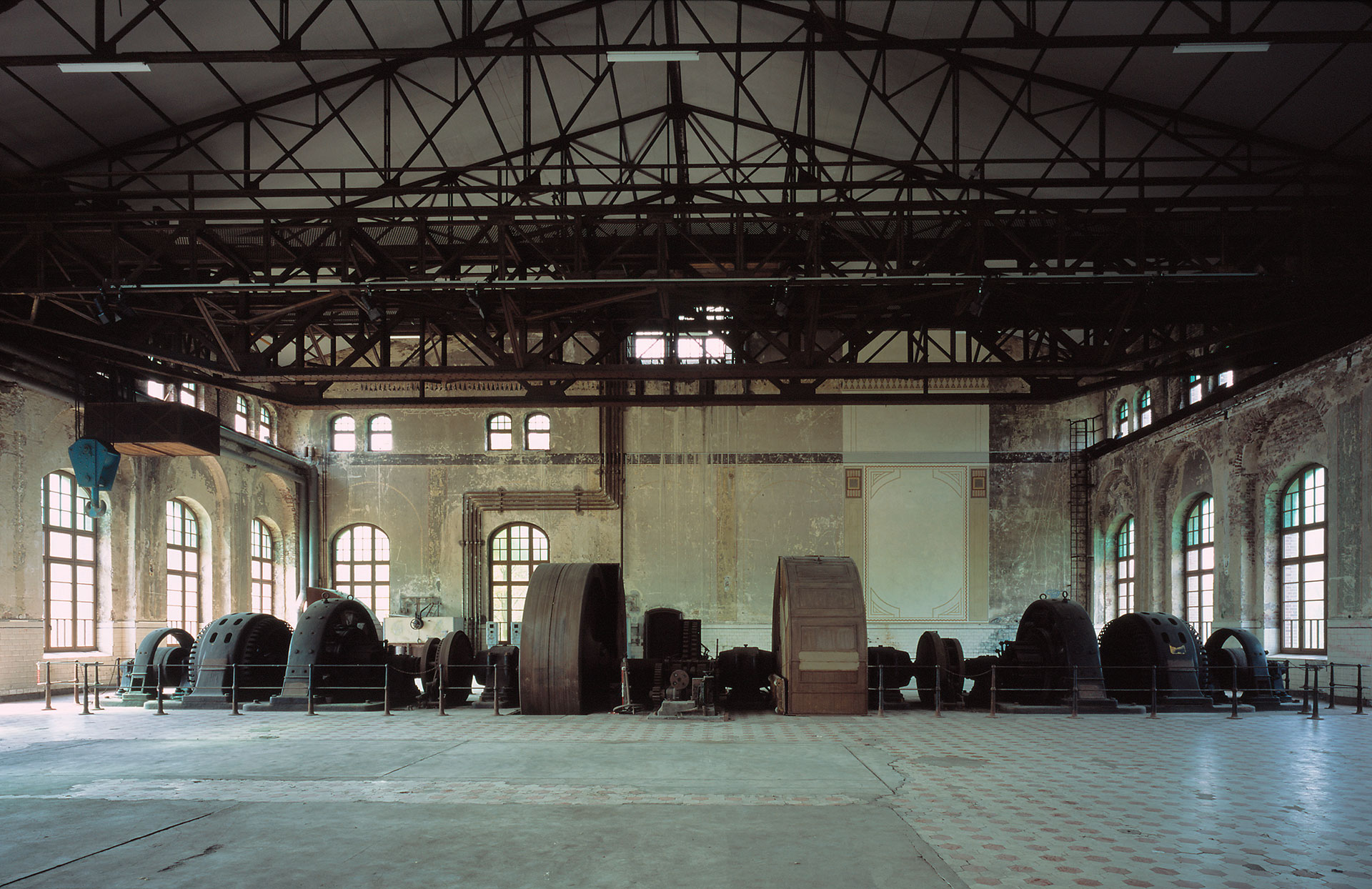 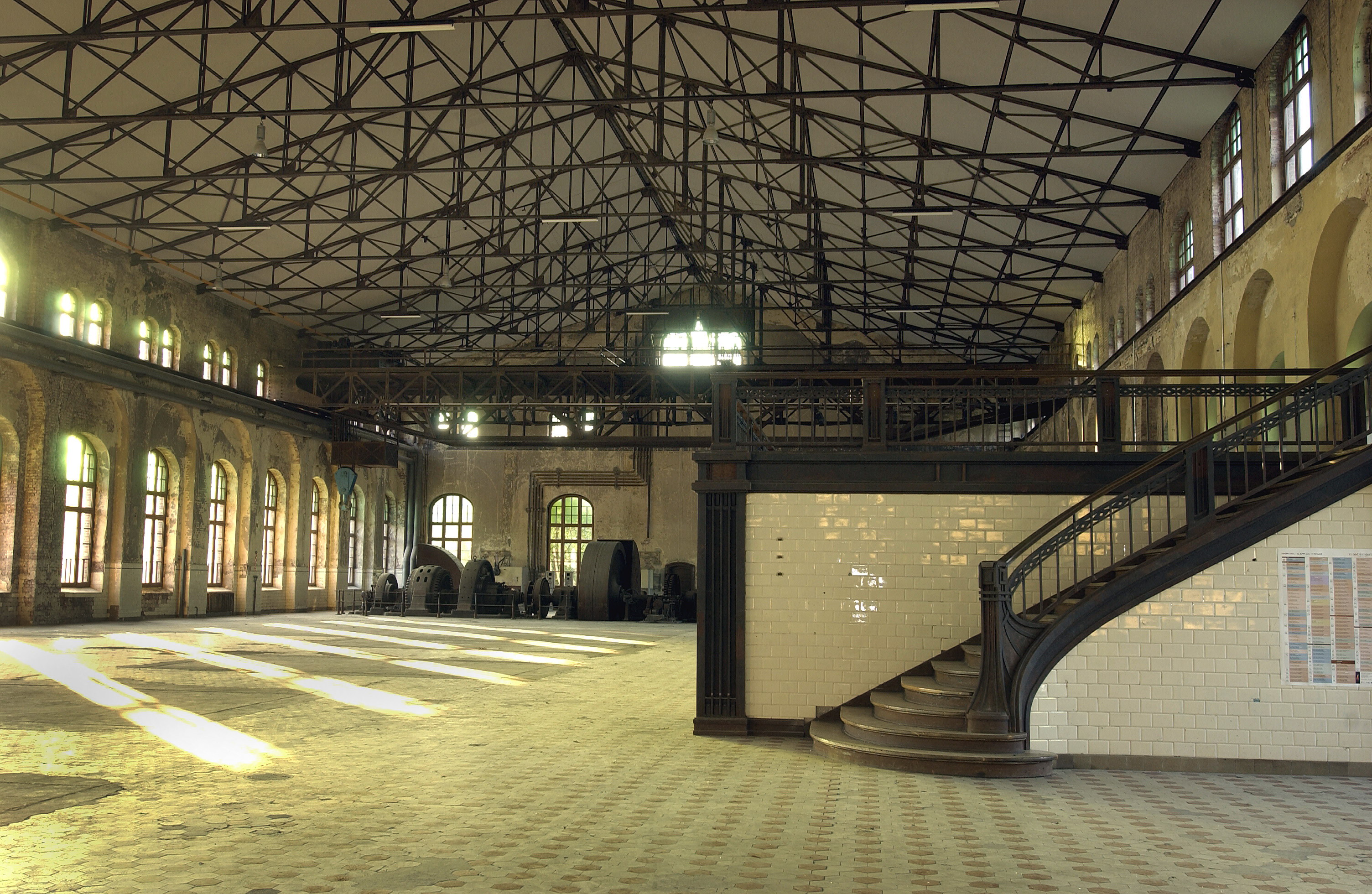 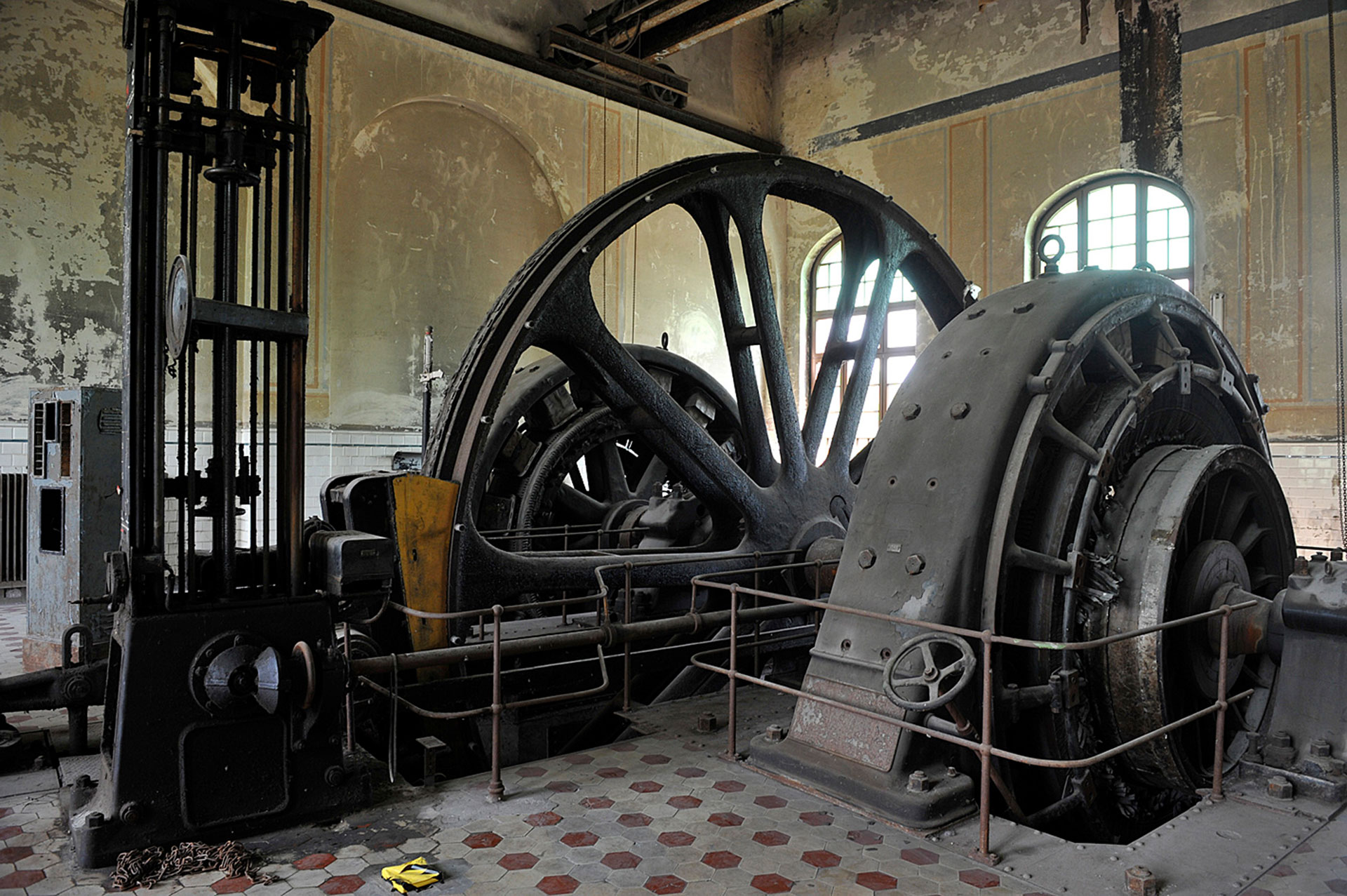 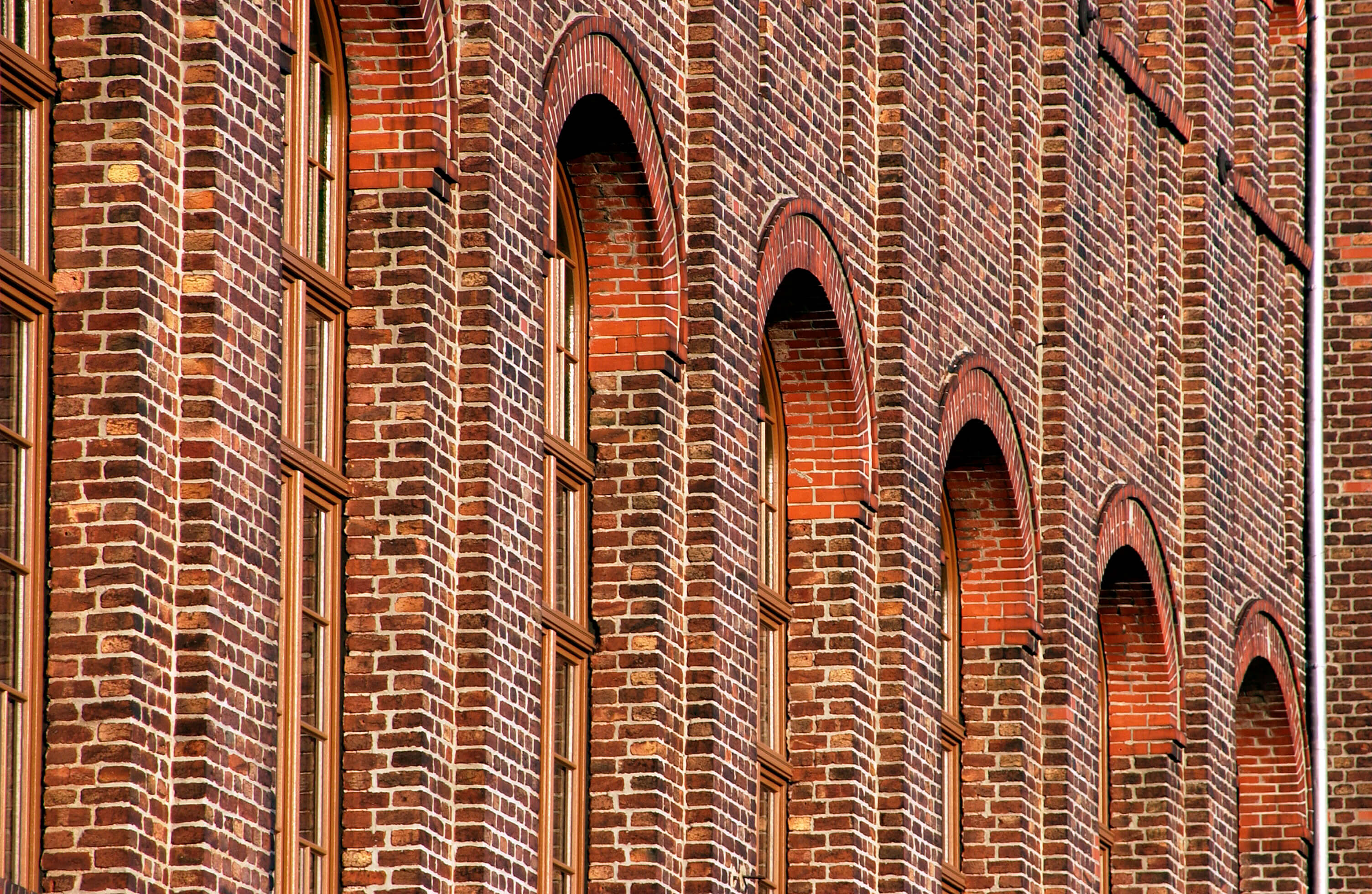 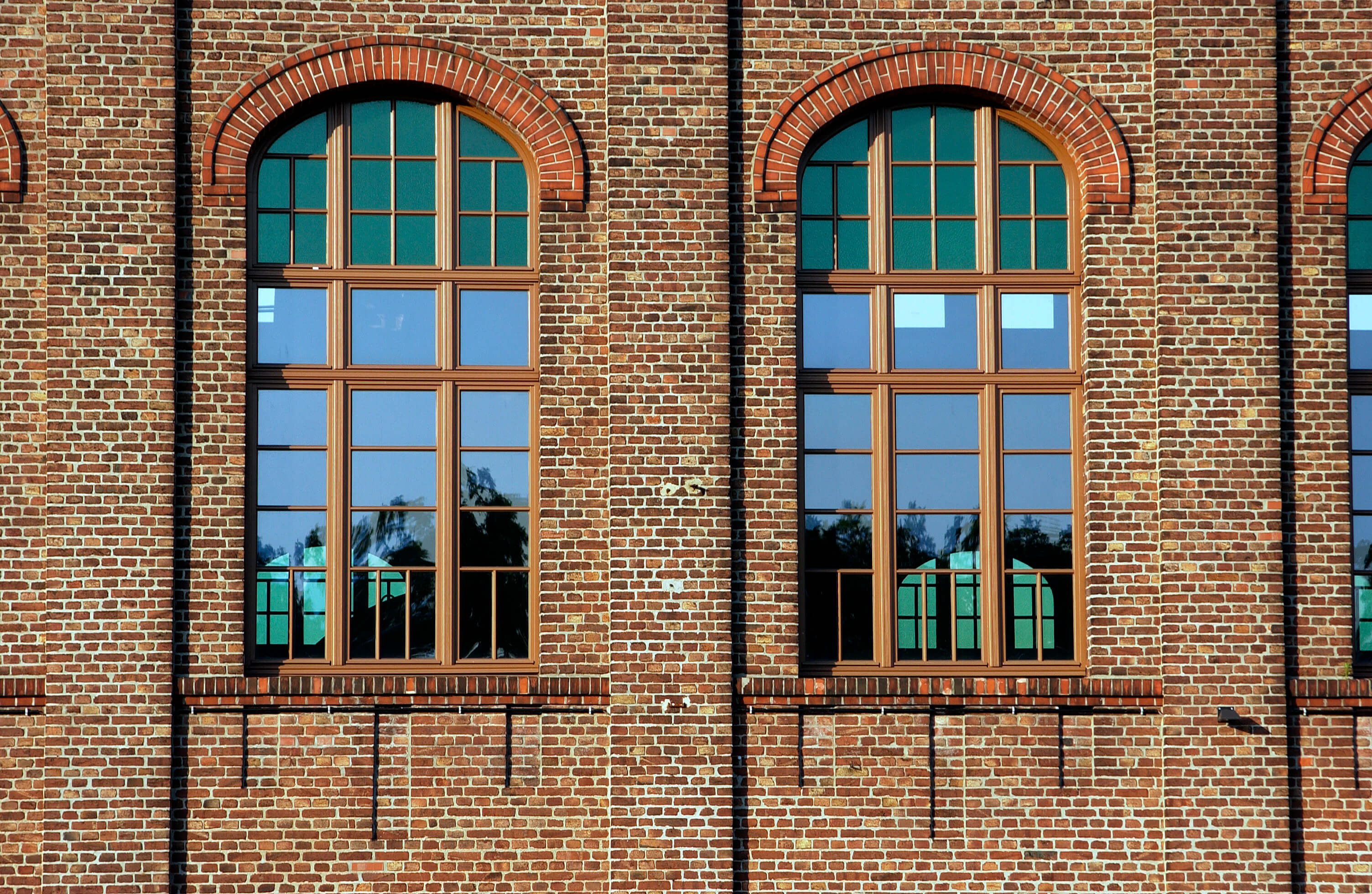 At a first glance, you could almost miss seeing that a mine was on the premises of Zweckel mine. Now only the two one-storied single trestles over shaft 1 and 2 provide a direct indication of the coal and steel industry. They were built at the beginning of the 20th century in half-timbered construction and are one of the oldest preserved plants of their kind in the Ruhr region.

The mine produced the first coal in 1911. But another treasure was lying dormant in the depths of the earth that the miners discovered while they were sinking the shafts: a warm salt spring. And so a bathhouse was also built in 1928 which was extremely popular until it was shut down in 1950. In 1925, property rights of the Prussian mining tax authorities (Bergfiskus) were transferred to the newly founded state Bergwerks-AG Recklinghausen. Four years later, Zweckel mine worked in cooperation with the Scholven pit, where coal was produced starting in 1929. Shafts at Zweckel were used for lift cages, materials haulage and underground ventilation. In 1935, the state mining company Hibernia AG in Herne became the new owner of Zweckel mine. Ten years later, the mine operated independently again – coal was still produced at Scholven. At the end of 1951, another merger took place with the Scholven mine, which was decommissioned in 1963 together with the Zweckel mine. But shafts at Zweckel were still used: Until 1995, they served to retain water of the neighboring mines. 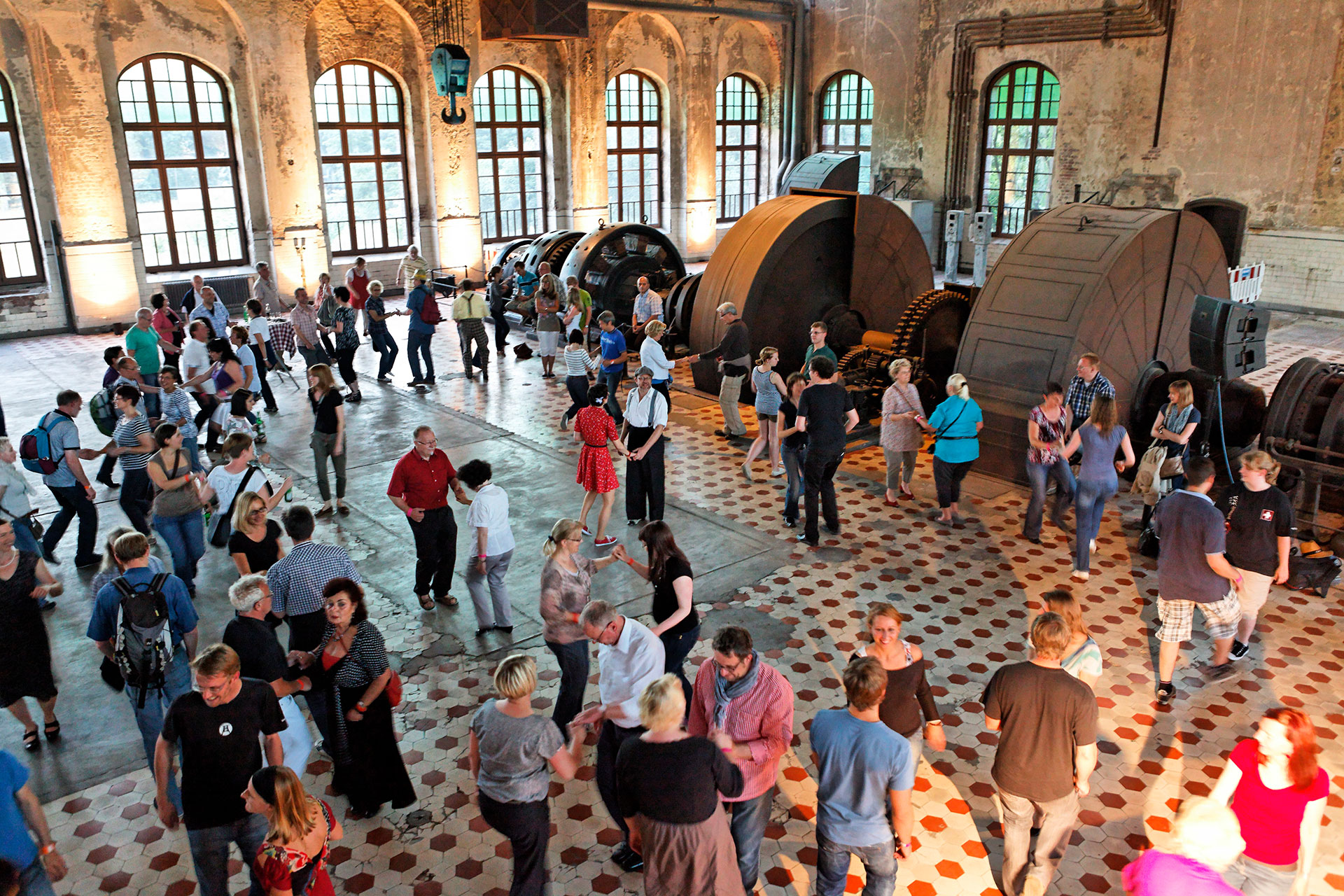 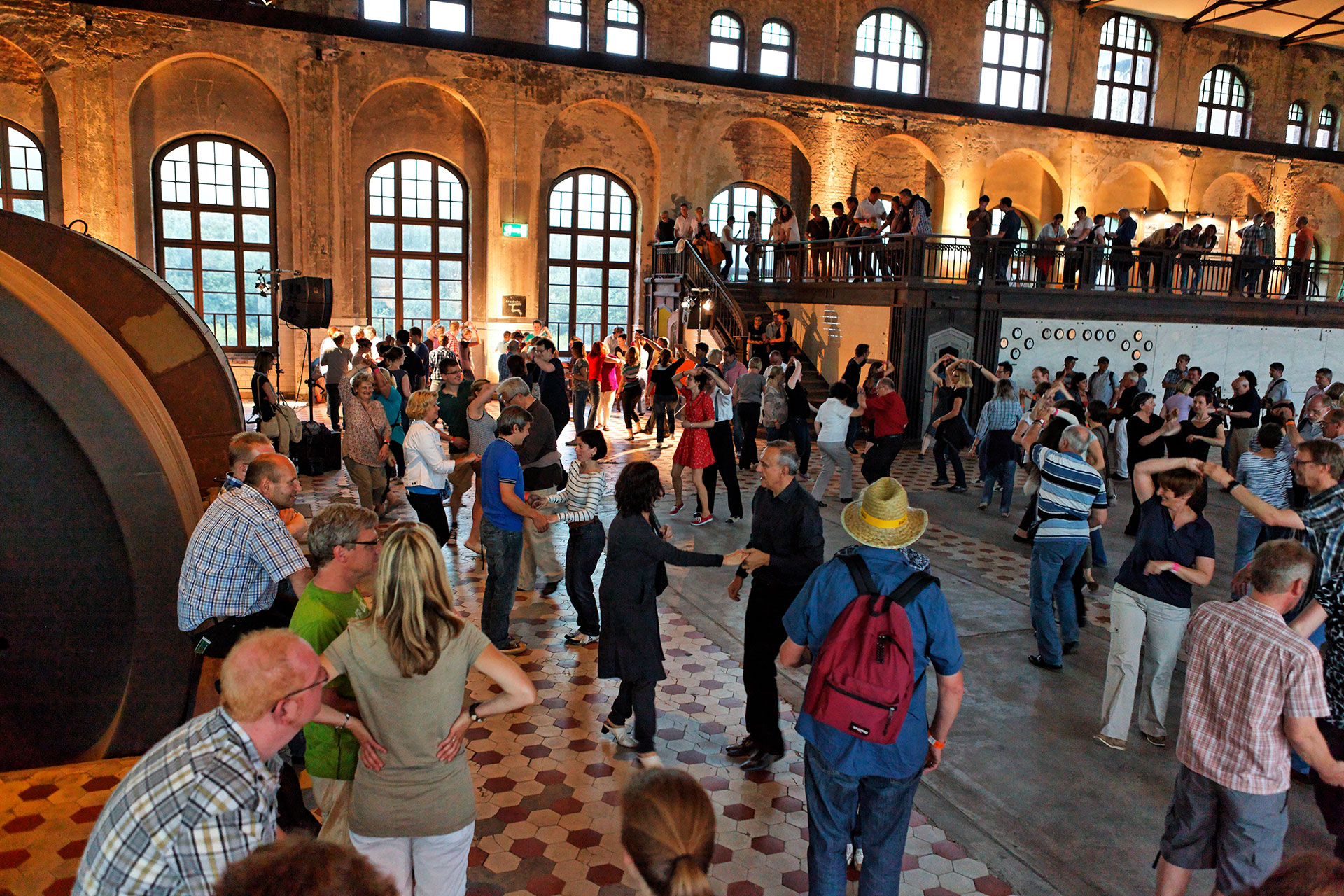 Cleaning of facades,
securing windows and sealing the roof