It’s a sign of pride and dignity that makes the winding tower of Hansa mine over shaft 3 stand out. And rightly so. After all, the one-story single trestle is one of the earliest scaffolds in the Ruhr region erected by the master builders in solid wall design.

Dortmund-based Bergbau und Hütten AG already sunk the first shaft at Hansa mine in 1856. But only after ten more years had passed were the miners able to start producing the hard coal. What happened?

Strong water inflows in the shaft made sinking work at Hansa impossible, and this was one of the reasons why the company had to declare bankruptcy. The mine was taken over by Prussian Bergwerks- und Hütten AG. This company successfully contained the water inflows so that the first production of hard coal was able to start in 1869. Around two decades later, the persons in charge started up operations of a second shaft before another change of ownership took place in 1889. Hansa now belonged to Gelsenkirchen Bergwerks-AG (GBAG). 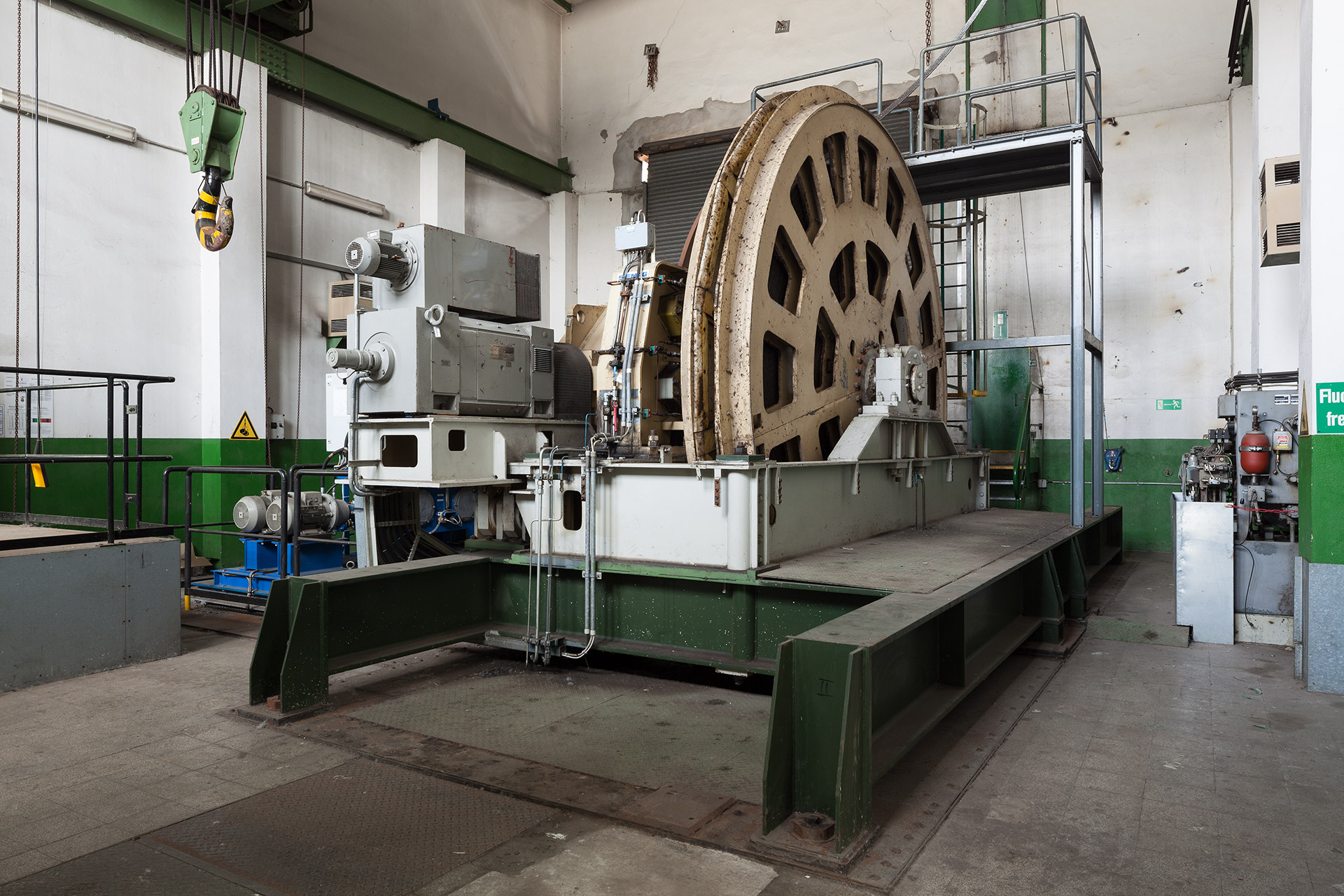 Right in the middle of the Golden Twenties, a new player stepped onto the field in the coal and steel industry: the major group VSt. The abbreviation stood for Vereinigte Stahlwerke AG. The company consisted of a merger between various companies in the coal and steel industry and their shareholders included important companies. This comprised the Thyssen Group. Vestag, as people also called the Group, took over Hansa mine and expanded it into a large-scale pit. The persons in charge also converted the former weather shaft 3 into a new main winding shaft.

In 1929, a tragic event took place. VSt’s construction director, the architect Hellmuth von Stegmann und Stein, unexpectedly passed away at the age of just 37. The Group had to find a new specialist. For drafts of the over-ground facilities of the new main winding shaft, the association of architects Fritz Schupp (1896 - 1974) and Martin Kremmer (1894 - 1945) was selected. Both were considered as key representatives of new building. For example, they designed the pit of Zollverein mine 12, which has belonged to the UNESCO world cultural heritage since 2001.

The coal crisis hit Hansa mine, too. At the end of the 1960s, the shutdown was successfully prevented. But the price war was still ongoing and the persons in charge had to look for new ways to shape coal production more cost efficiently in order to make it competitive. Reliance was therefore on high pressure water jetting in the mid-1970s, which should make dismantling less expensive. However, hydro-mechanical production was far below set expectations, so that the executive level was forced to decide on the mine’s shutdown.

Demolition work got under way in 1983. Three years later, most of the over-ground facilities had disappeared. But their stories remain unforgotten. The plant has therefore been on the City of Dortmund’s list of monuments since 2006.

As an important location of the integrated economy of the Dortmund coal and steel industry, Hansa mine belongs to the Foundation for the Preservation of Industrial Monuments, which safeguarded the monument against demolition by taking over its ownership in 2015. It was a key member in the production association of mining, coking and smelting works, and is an enlightening relic of the industrial era. The Foundation is working on concepts for tours on-site, with which they want to convey the integrated economy’s relationships in a descriptive way in the future. In the process, visitors should get insights into the hoisting machine building and the electrical hoisting machine that is kept inside. Originally constructed in a steel framework, the hoisting machine building was destroyed in a hail of bombs in the Second World War, and was rebuilt in original cubage in the years 1946/47. With one difference: The master builders opted for massive construction for the reconstruction.