The Consolidation mine (also called 'Consol') was a lot more than just a hard coal mine: It was the engine of Gelsenkirchen 'the city of thousands of fires.' Workplaces for countless employees. And an important sponsor of a soccer club that is now one of the biggest in Europe today: FC Schalke 04.

No wonder, after all the mine’s history started right in the vicinity of Schalker marketplace. At that time, in 1863, with the drilling of the first shaft on today’s Gewerkenstraße. Since then, the mine has been going through a fantastic upturn that should last for more than 100 years.

Already in the 1870s, Consolidation mine was one of the highest-yielding mines in the Ruhr region. Its growth seemed insatiable. New shafts continually had to be built. Here, shaft 9 played a special role. Its drilling started in 1915, but extraction work could only begin after 1918 due to the First World War.

Its designers still structured the two-story double-trestle in half-timbered construction. But since the end of the 1920s, solid wall construction took over, so that the filigree-like building is one of the last headframes preserved of its kind in NRW. It was therefore only logical that the City of Gelsenkirchen already put the plant above shaft 9 on its list of monuments in 1987. Five years later, it placed the associated machine buildings and hoisting machines under protection, too. 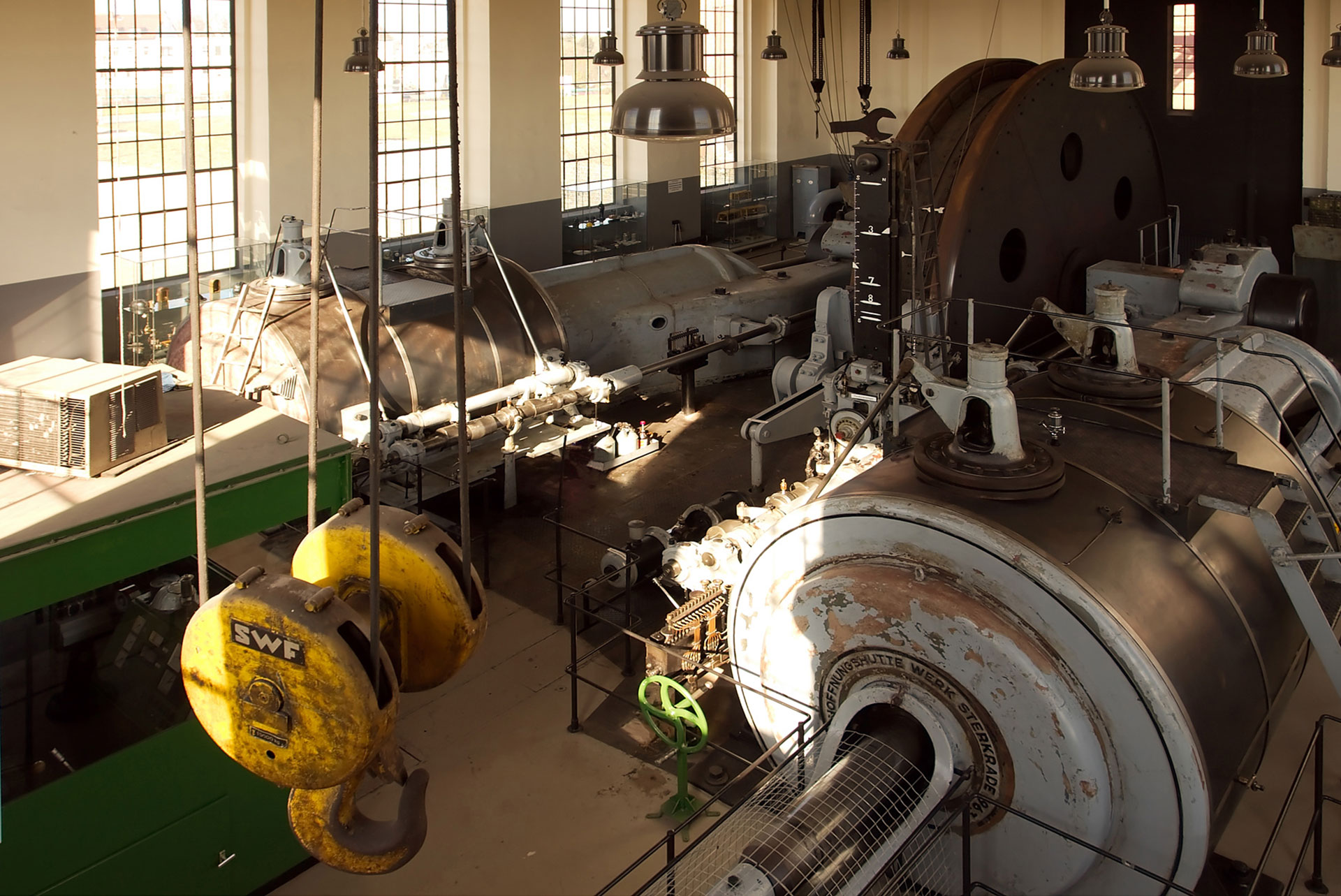 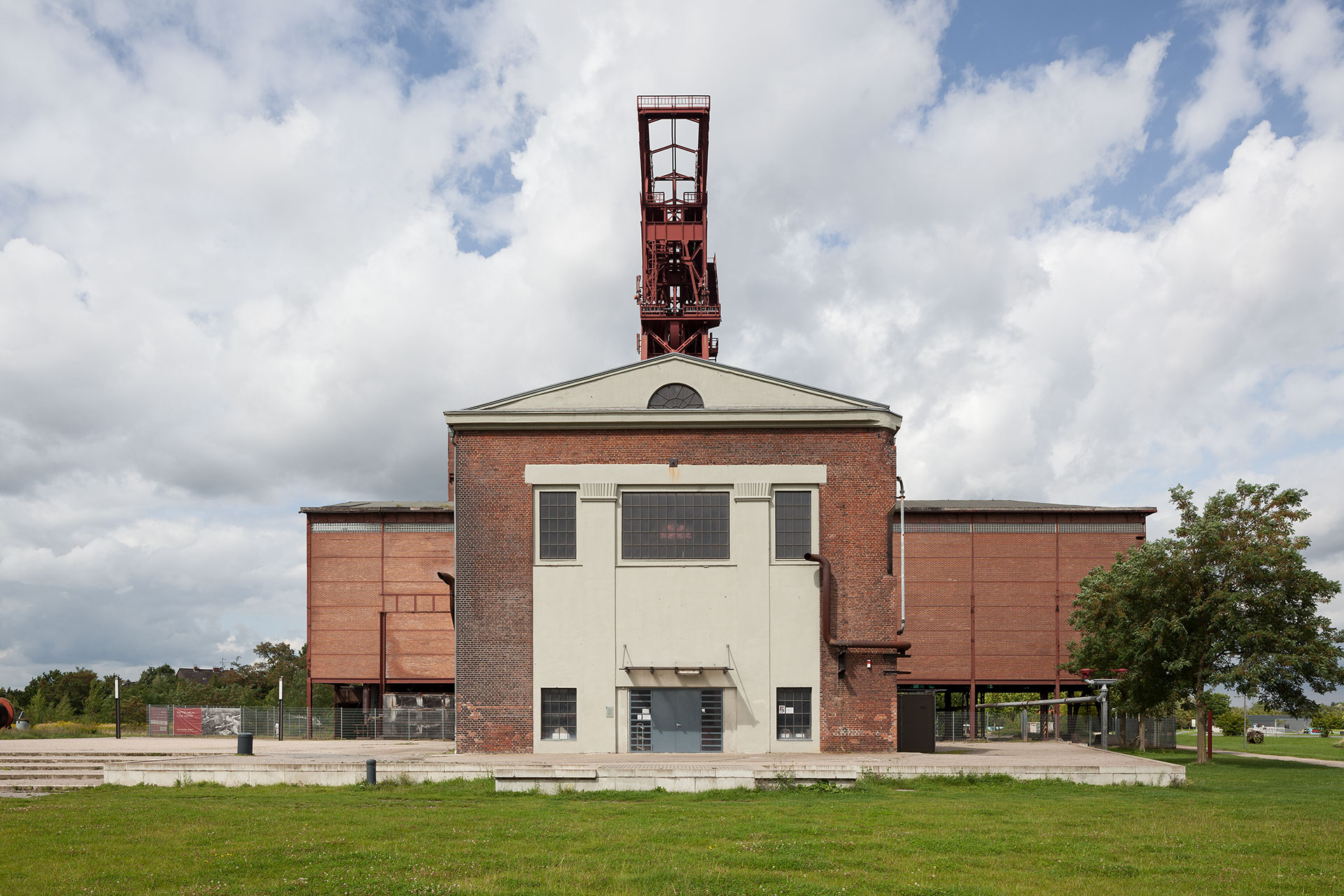 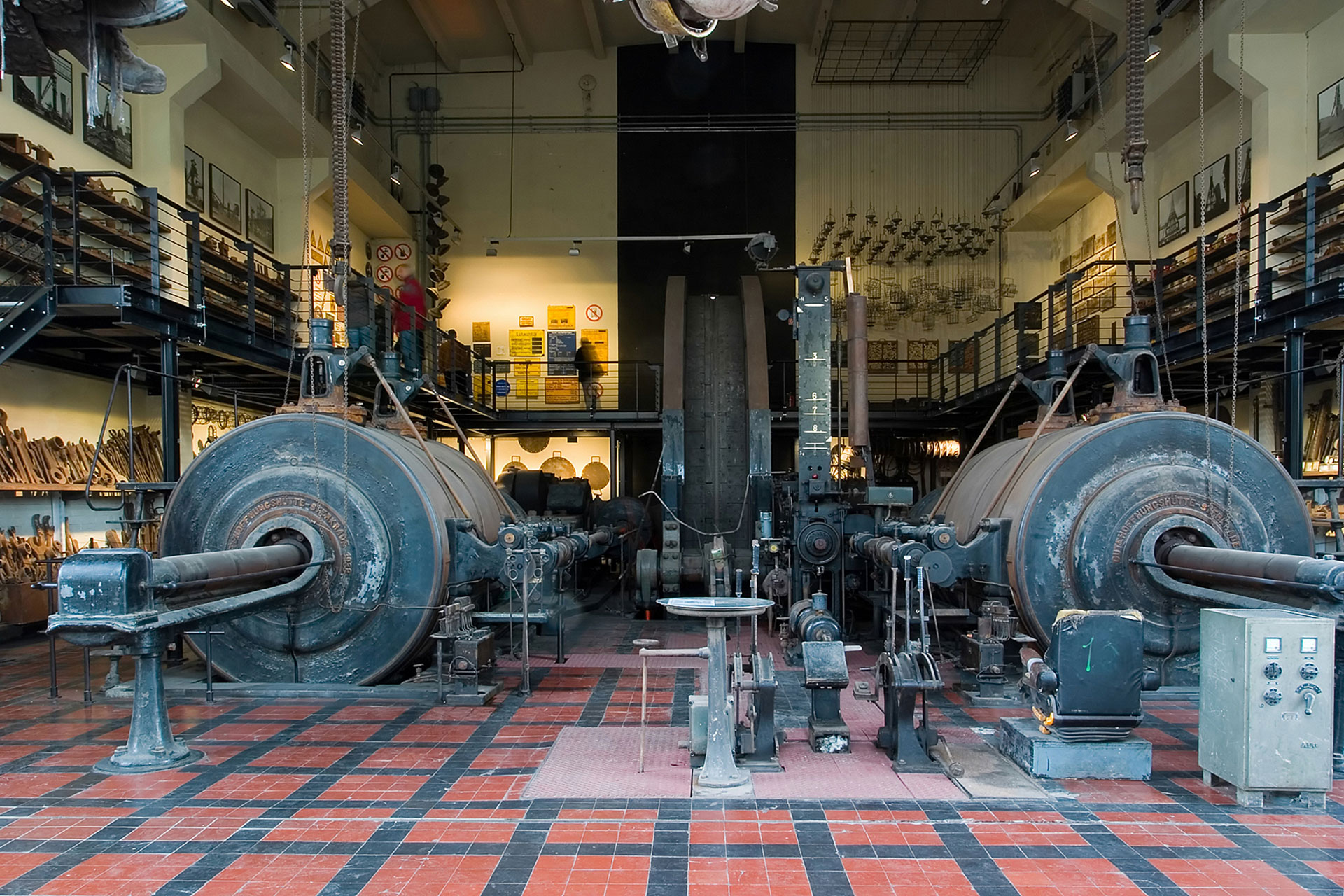 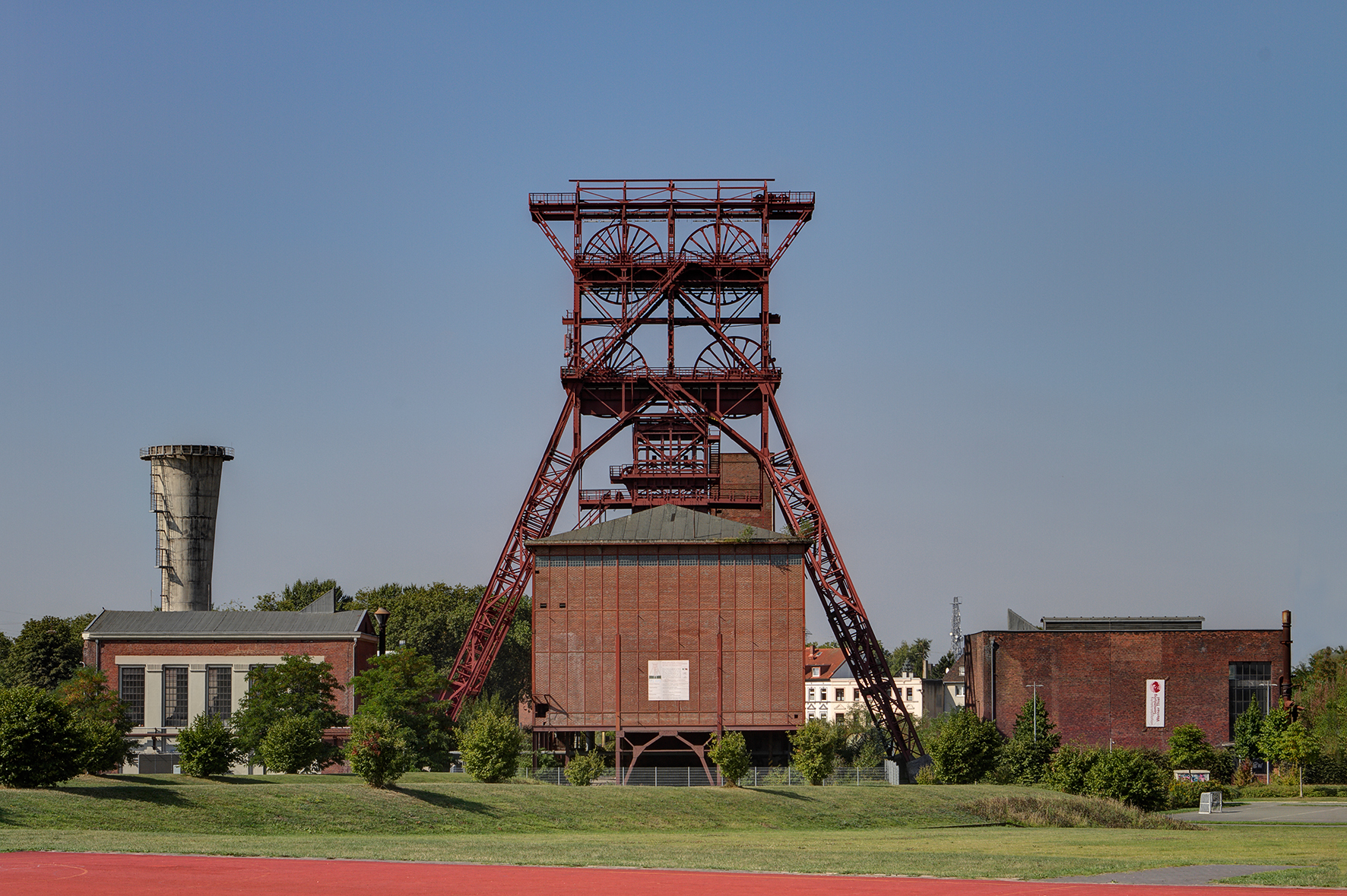 The south machine house was created in 1922. It is a partially plastered brick building whose facade is representatively structured through pilasters. Drafts for the plant originate from the pen of master mine builder Heinrich von Bonin (1871 - 1927). In 1963, the machine house obtained a twin steam-driven winding machine, that visitors can still gaze at in wonder today in exhibition workshops. Its special feature: It is the last steam engine that was manufactured by the smeltery Gutenhoffnungshütte (GHH) in Oberhausen. 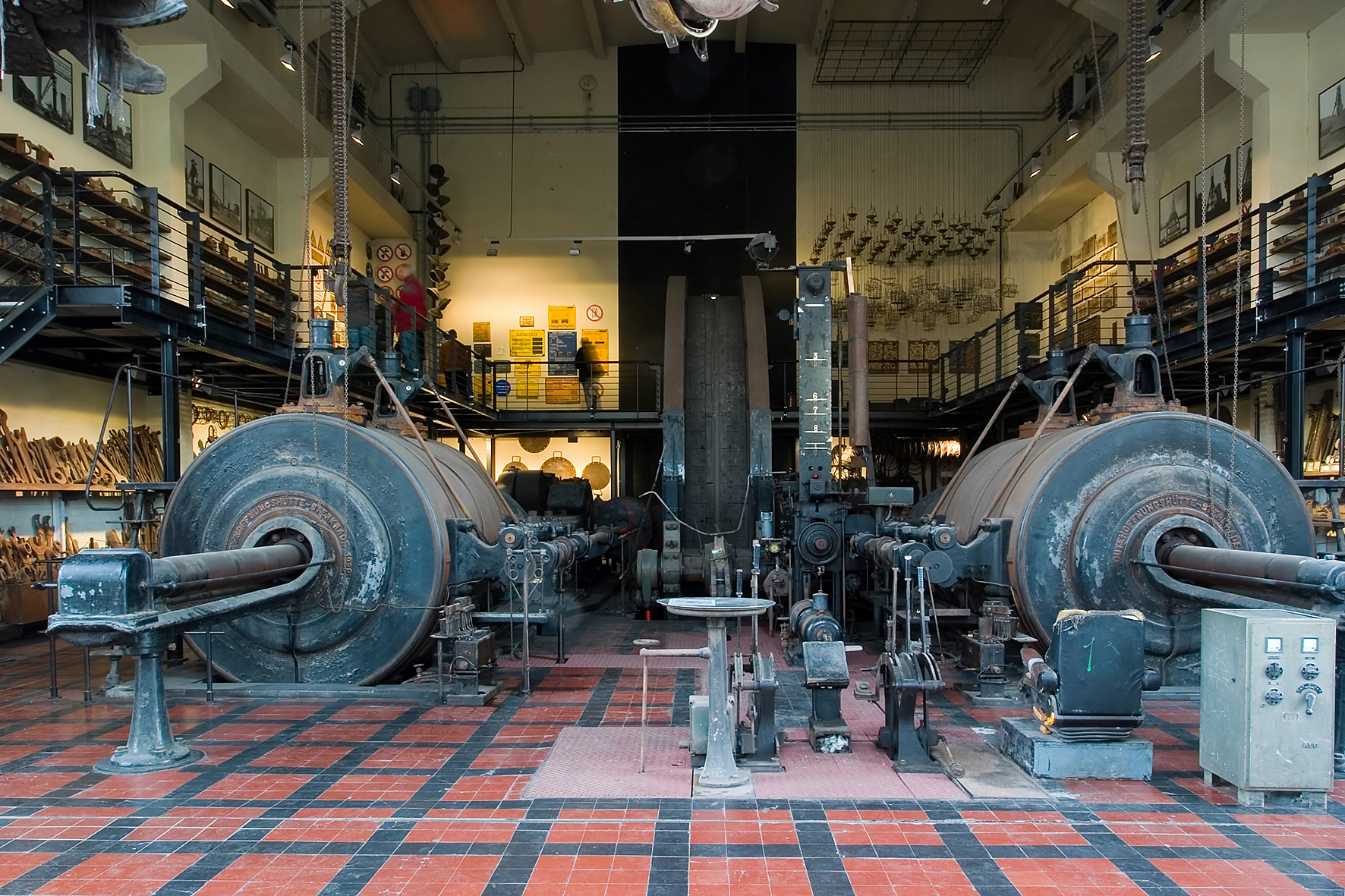 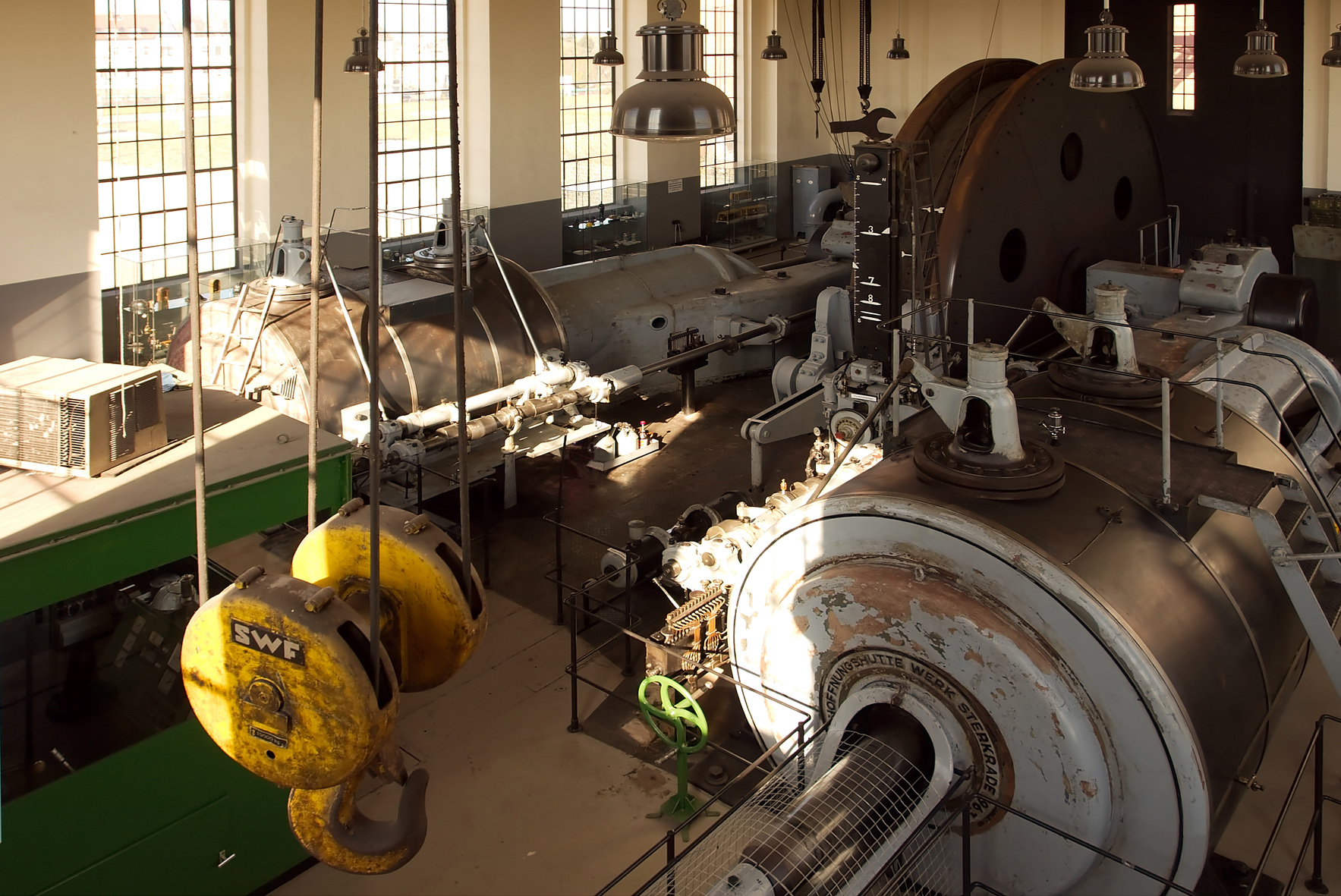 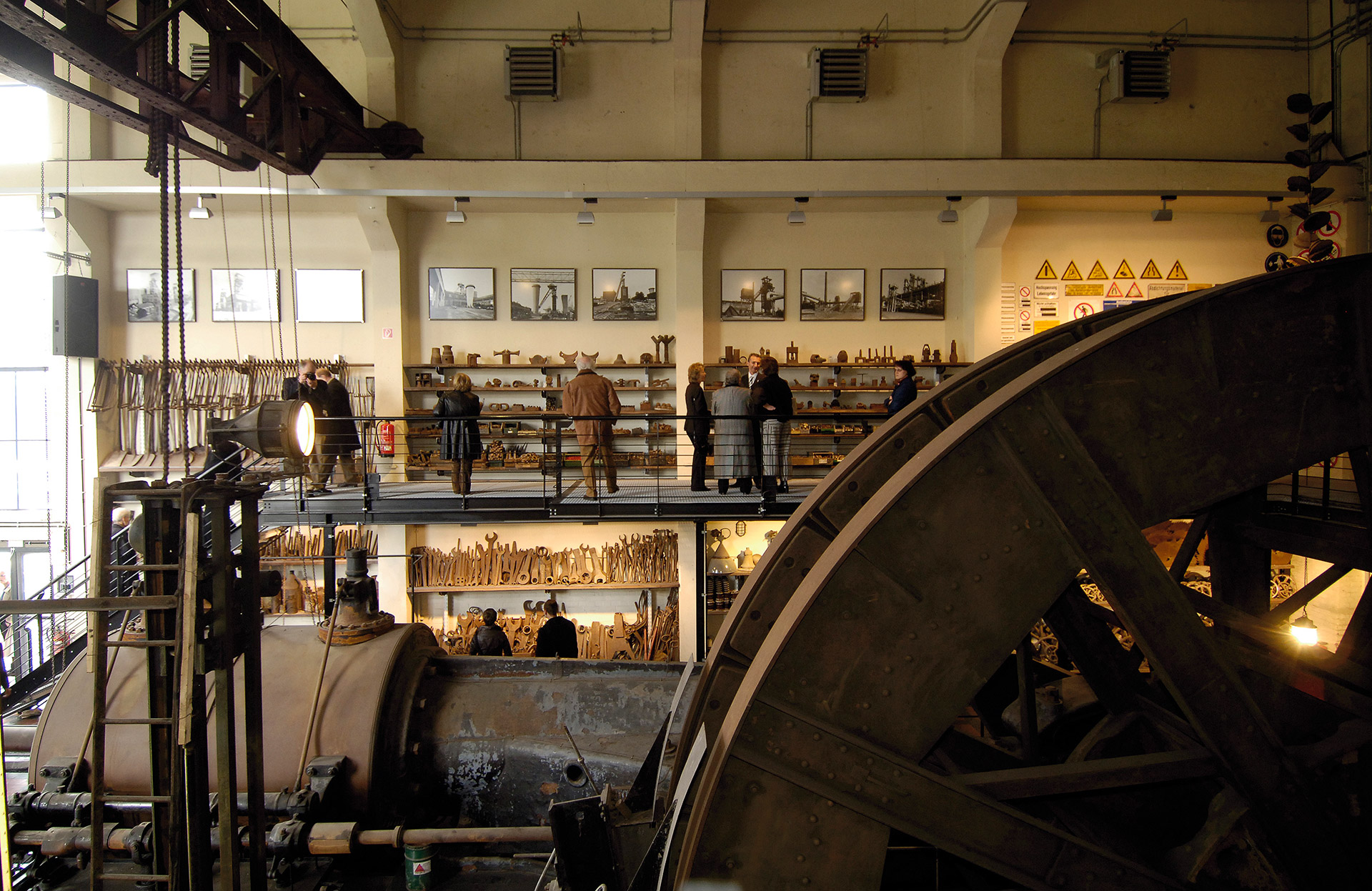 In 1937, the north machine house was constructed as a cubically designed brick building. The plant’s master builder was the industrial architect and head of the construction department of Mannesmannröhren-Werke AG, Dr. Engineer Hans Väth (1897 – 1950). This machine house shelters a twin steam-driven winding machine, too, letting you imagine the forces that were at work here. The machine also comes from the smeltery Gutenhoffnungshütte and was manufactured in 1938.

We’re writing the year 1904. In the direct neighborhood of the Consolidation mine, in the streets and backyards of the Schalke community, ten young people regularly got together to play soccer. Some of them are apprentices at the mine and work as knaves underground. The young men establish the Westphalia Schalke Club, that soon enthuses people from the whole surrounding area.

The club’s chairman, Fritz Unkel, was material administrator at Consol, and soccer legend Ernst Kuzorra worked at the mine as a coal miner. The plant provided the soccer club with property for the arena 'Glückauf- Kampfbahn' and supported the club in realizing the construction project. And even today, players of FC Schalke 04 are still described as knaves and they let the traditional miners’ song (Steigerlied) resound in the stadium. 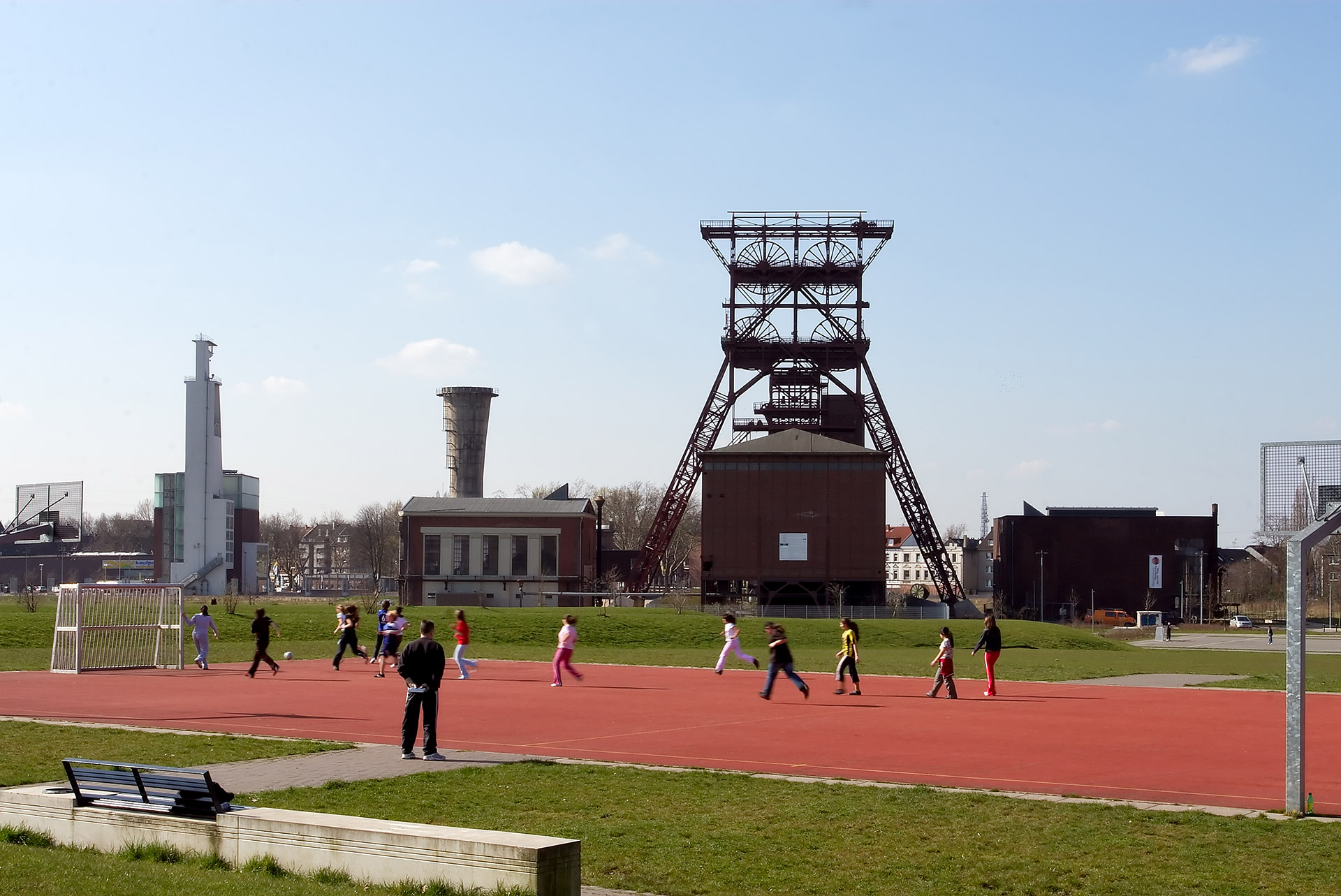 Ever since it was founded in 1862, Consolidation mine ensures a strong upturn in the region’s population. Already at that time, the mine was considered as the most productive coal mine in the Ruhr region between 1872 and 1876. Already in 1873, the approx. 2060 employees mined at least 366,000 tons of coal. Ten years later, the yield was almost twice as large with 700,000 tons. Before the First World War, the mine produced an impressive amount of 1.95 million tons and was able to continue its success after the Second World War. In the 1950s, Consol cracked the magic mark of two million tons and over the course of its history it increased this up to more than three million.

Officially since 2004,
supported by the Foundation since 1997

Maintenance of the twin trestle

Installation of stairs in scaffold for operational purposes