Whether the mine’s name goes back to the Archbishop Radbod von Trier or to an earlier king of the Frisians – this is still a controversial issue. But in any case, an impressive backdrop of the industrial era stands behind the name of the plant in Hamm:

The winding towers already welcome their visitors from afar. Here, attention is especially caught by the two one-storied single trestles over shafts 1 and 2. These refer to plants of construction type Promitz 2, which were created between 1907 and 1908 and implemented in half-timbered construction. During the same timeframe, the constructors built the hoisting machine buildings in historicism style. Their facades impress by round-arched friezes, pilaster strips and an alteration between brick and plaster fields. Inside, visitors can marvel at the twin tandem steam-driven winding engines, which belong to one of the very few preserved machines of its kind in NRW. The ironworks Friedrich-Wilhelms-Hütte in Mülheim delivered the machine for shaft 1 in 1907. The device for shaft 2 comes from ironworks Prinz Rudolph in Dülmen, which handed over the rarity in 1908.

Radbod mine goes back to the drilling union Bohrgemeinschaft Trier that was created in 1899. The union successfully performed exploration drillings and obtained the first hard coal fields in the area of Bockum and Hövel municipalities in 1904. As a result, the mining company Trier mbH Hamm (Westphalia) was founded. In 1905, the company began sinking activities of shaft 1 and started up regular coal production two years later.

Looming, a monstrosity, the shaft tower stretches its iron brow … Radbod and night! Dräuend, ein Ungetüm, reckt der Schachtturm seine Eisenstirn ... Radbod und Nacht! Horror to horror, they join together. Grauen zu Grauen, sie gatten sich. With these lines from the poem "Zeche Radbod – a nocturne", miner and poet of the working class Heinrich Kämpchen (1847 – 1912) evokes memories of the mining disaster on November 12, 1908. It’s one of the most catastrophic accidents of hard coal mining in Germany. An enormous firedamp explosion claimed 350 lives.

In the wake of the tragic events, mine management enforced tighter rules for using explosives, and decided to only use electrical hand lamps. A unique specification in the Ruhr region up to then. In addition, ventilation was improved through the sinking of two new outdoor pits: from 1910/11 and as of 1923, through ventilation shaft 5 within close proximity to the main shafts 1 and 2. Starting in 1949, mine management began to convert the ventilation shaft into a new main winding shaft and started up its operations in this function in 1951. 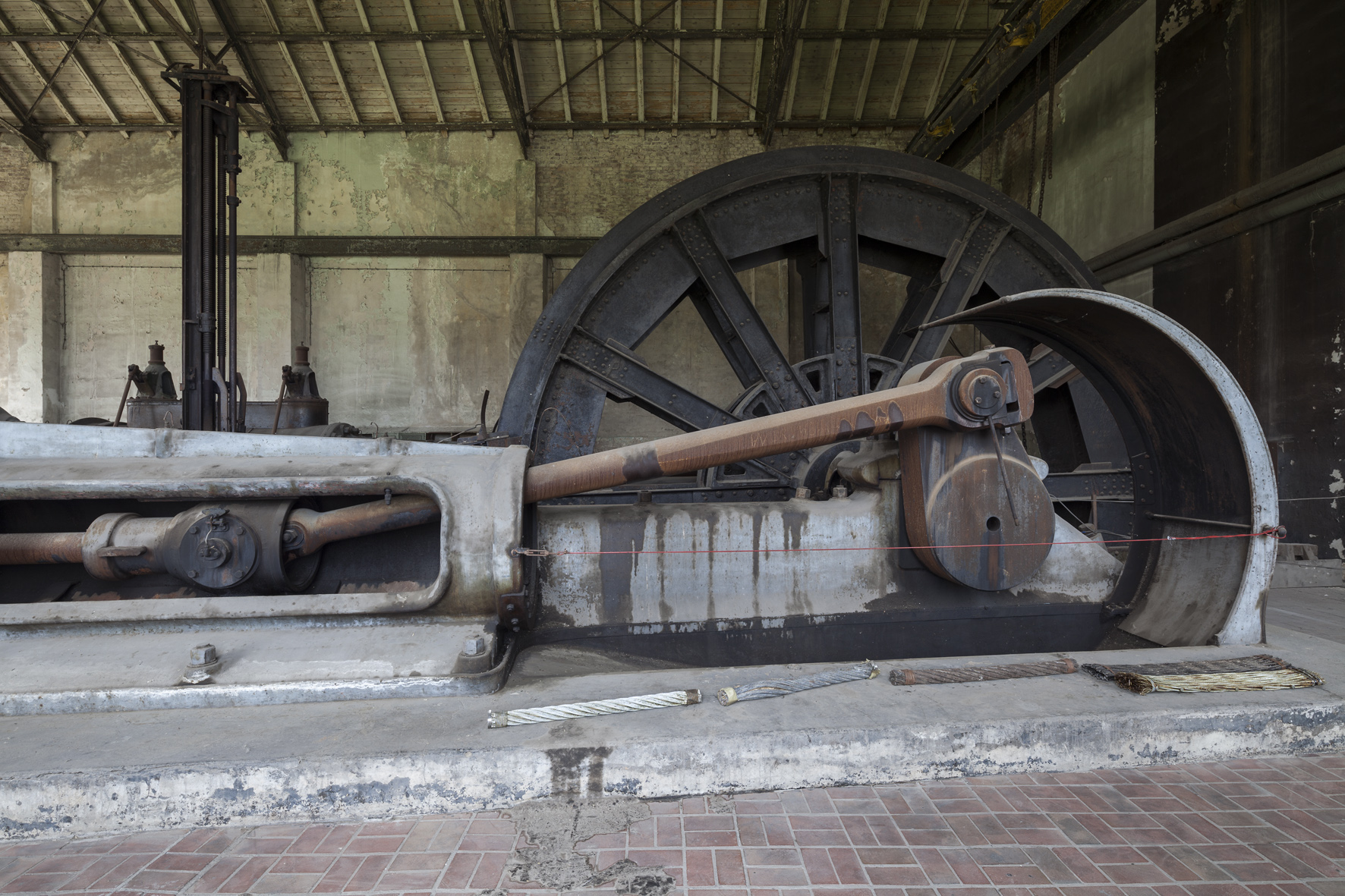 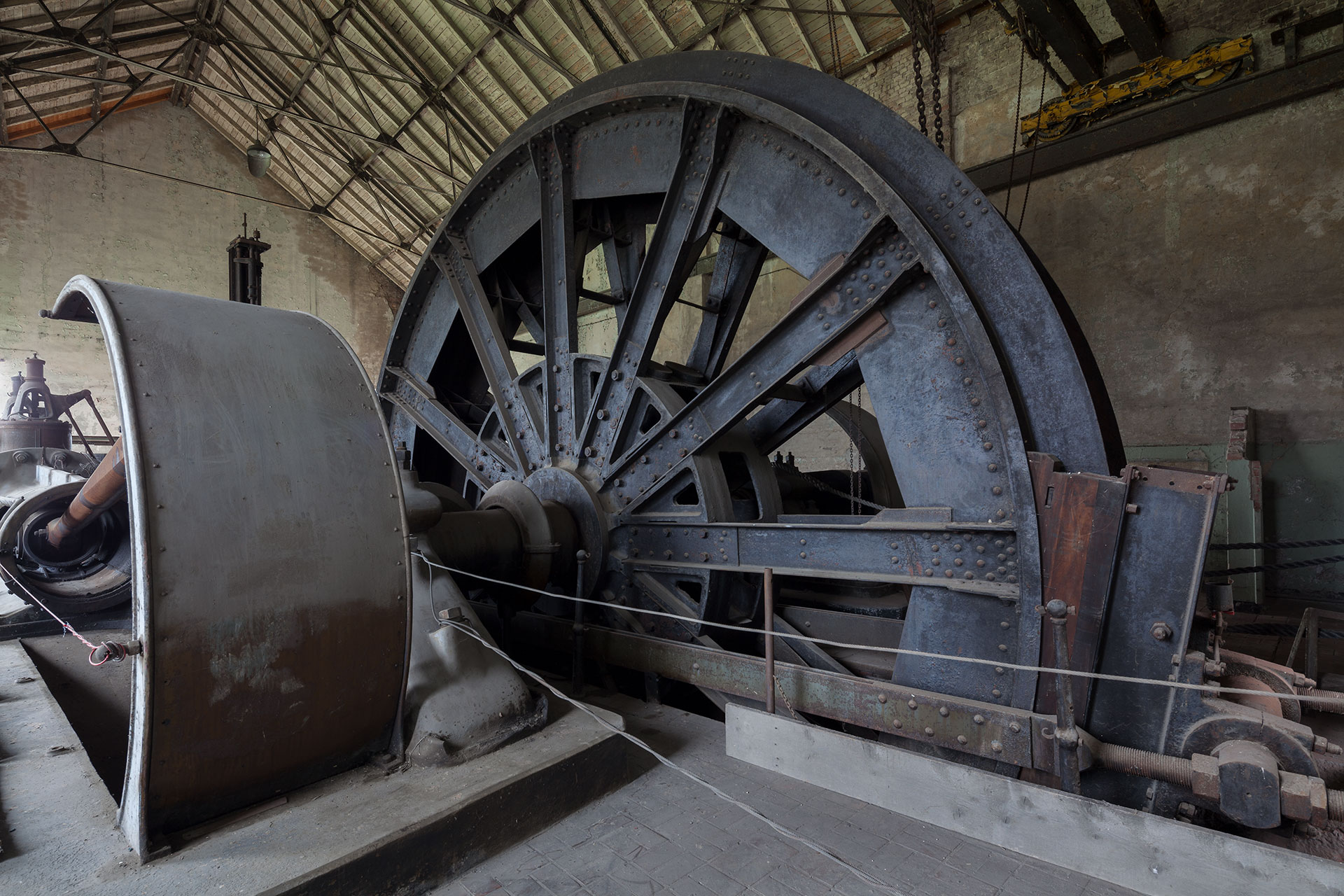 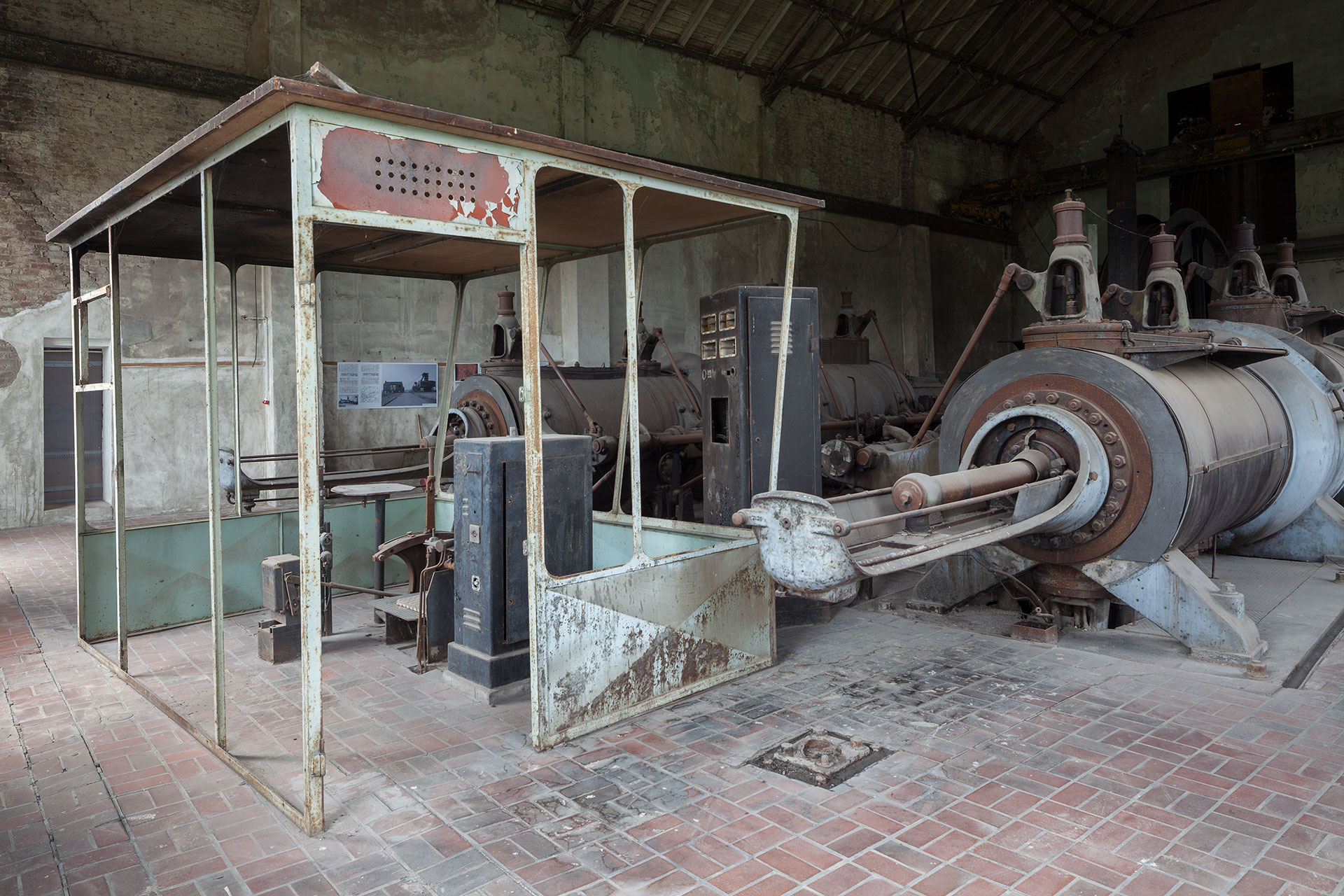 In 1920, Radbod mine was transferred to the ownership of Köln-Neuessener-Bergwerksverein. Ten years later, this mining association entered into a merger with the iron and steel mill Hoesch. Initially, the newly created company called itself Hoesch-Köln Neuessen AG for mining and iron/steel activities until it operated under the name of Hoesch Aktiengesellschaft as of 1938. After the Second World War, the company was subject to the Allies’ unbundling measures. As of 1952, it first belonged to the new Altenessener Bergwerks AG, and was then transferred to the Hoesch Group four years later. In 1969, the newly founded Ruhrkohle AG ultimately entered the scene, taking over Hoesch AG’s mining property.

During the changeover in 1989, Radbod mine achieved its highest annual output: 1.3 million tons of coal. At this time, the number of employees was approx. 1700. Nonetheless, the closure due to adaptation measures in German hard coal mining could not be prevented. Already on 1/31/1990, the last loaded mine wagon rolled over Radbod’s site. The plant’s top management relocated most of the staff to the neighboring mines Heinrich Robert, Monopol and Westfalen. The monument ensemble transferred over to the ownership of the Foundation for the Preservation of Industrial Monuments in 1997, which is why it was not demolished like the other above-ground plants. It was entered in the list of monuments of the City of Hamm three years later.

Countless switches and display panels. Historical instruments and colossal machine wheels. Myriad questions and detailed answers: During tours given by the Foundation for the Preservation of Industrial Monuments, visitors have the opportunity to learn more about Radbod mine’s exciting history. The job center in Hamm and workshop in the area of Unna GmbH also use the hoisting machine buildings as a facility for the education and further training of students, young people, refugees and job seekers.

Maintenance of roofs, roof structure
and dewatering on the machine buildings

Refurbishment of headframe and of shaft hall of pit 2