The former mine is not simply just a mine – it is a true treasure trove. Firstly, that’s because Gneisenau mine was considered as the most productive plant in the Ruhr region in the 1970s. Secondly, it houses two real treasures of mining architecture: the so-called Tomson-Trestle (Tomson-Bock) and a two-story tower scaffolding in a nearly upright position.

The Tomson-Trestle over shaft 2 can boast a special title: It is the oldest preserved steel headframe in the Ruhr region. The support frame takes its name from the Belgian technician Eugen Tomson. The innovative constructor obtained his knowledge of mining at the University of Lüttich and moved to Germany in 1872. At that time, the coal and steel industry was urgently looking for young talents – and Tomson had a whole lot of talent. As director of the Gneisenau Mining Company, he initially stopped the water inflow, which made production impossible.

The system is a stable trestle scaffolding that enables easy access to the shaft. The idea is based on the so-called English buck, and was celebrated frenetically in Tomson’s days. In the heyday of mining in the Ruhr region, more than 100 of these conveyor systems were used. Gneisenau mine is therefore a special testimony of this era. Besides the Tomson-Trestle, the related shaft hall, along with a small section of the wagon turnaround area, are still preserved, too. 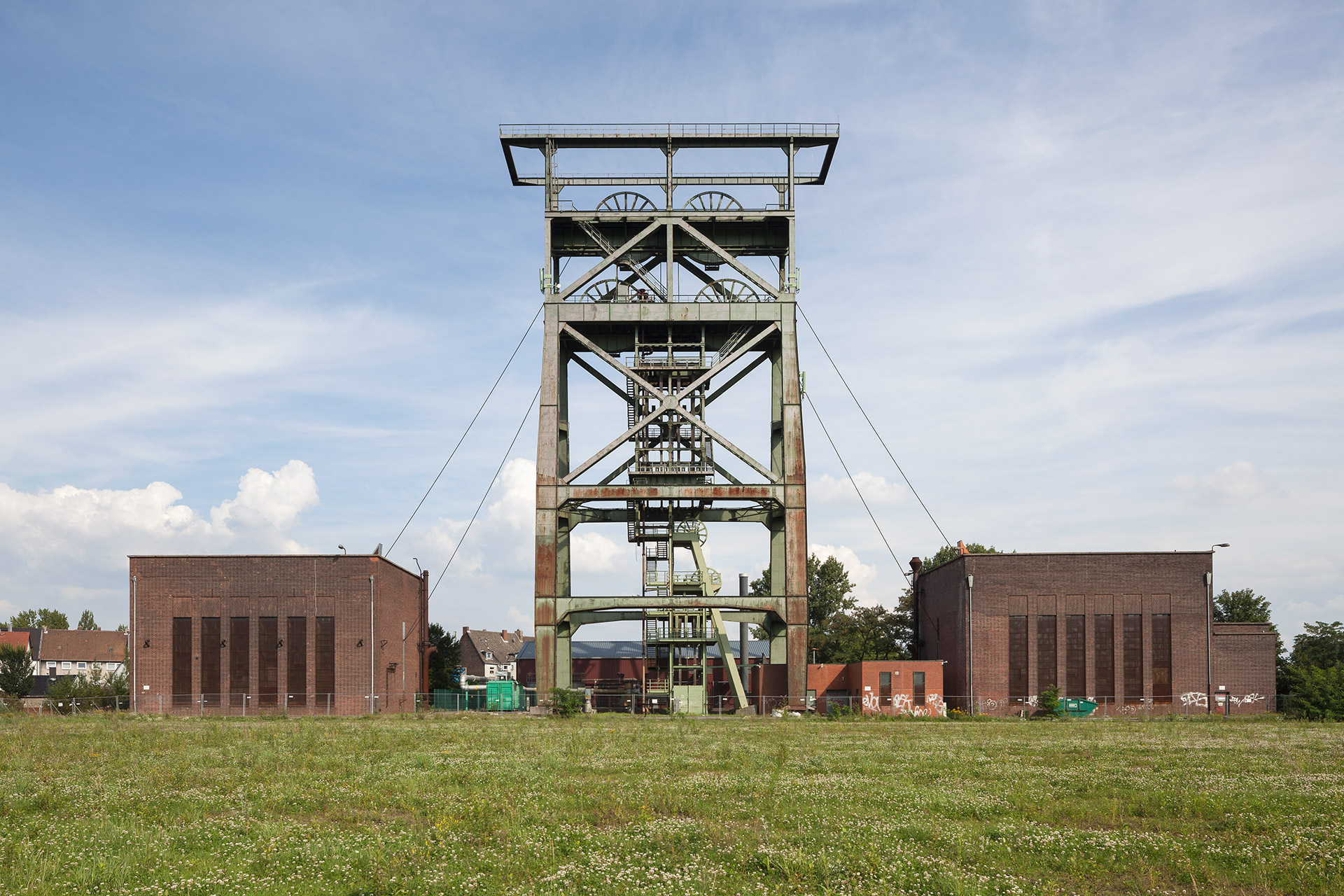 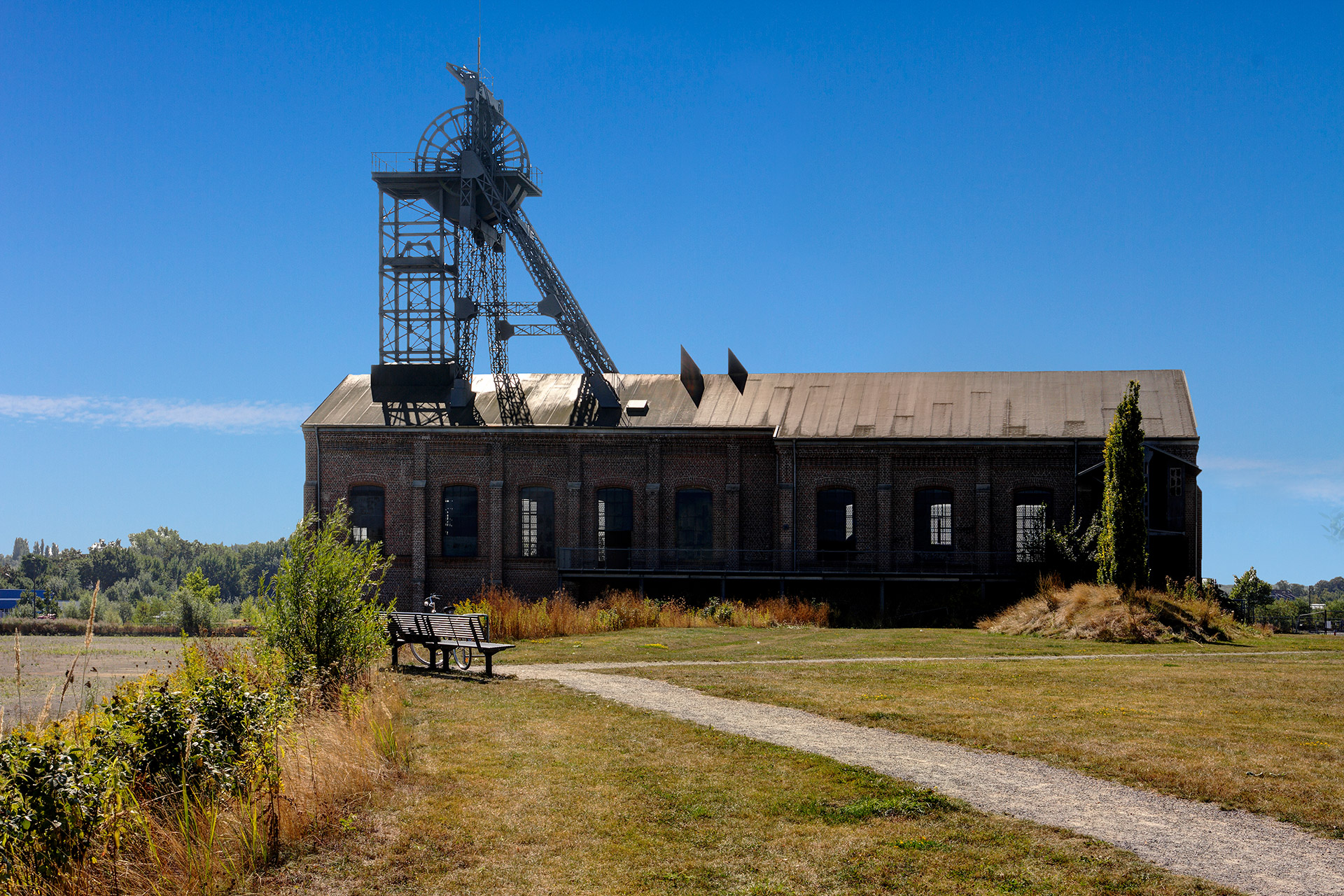 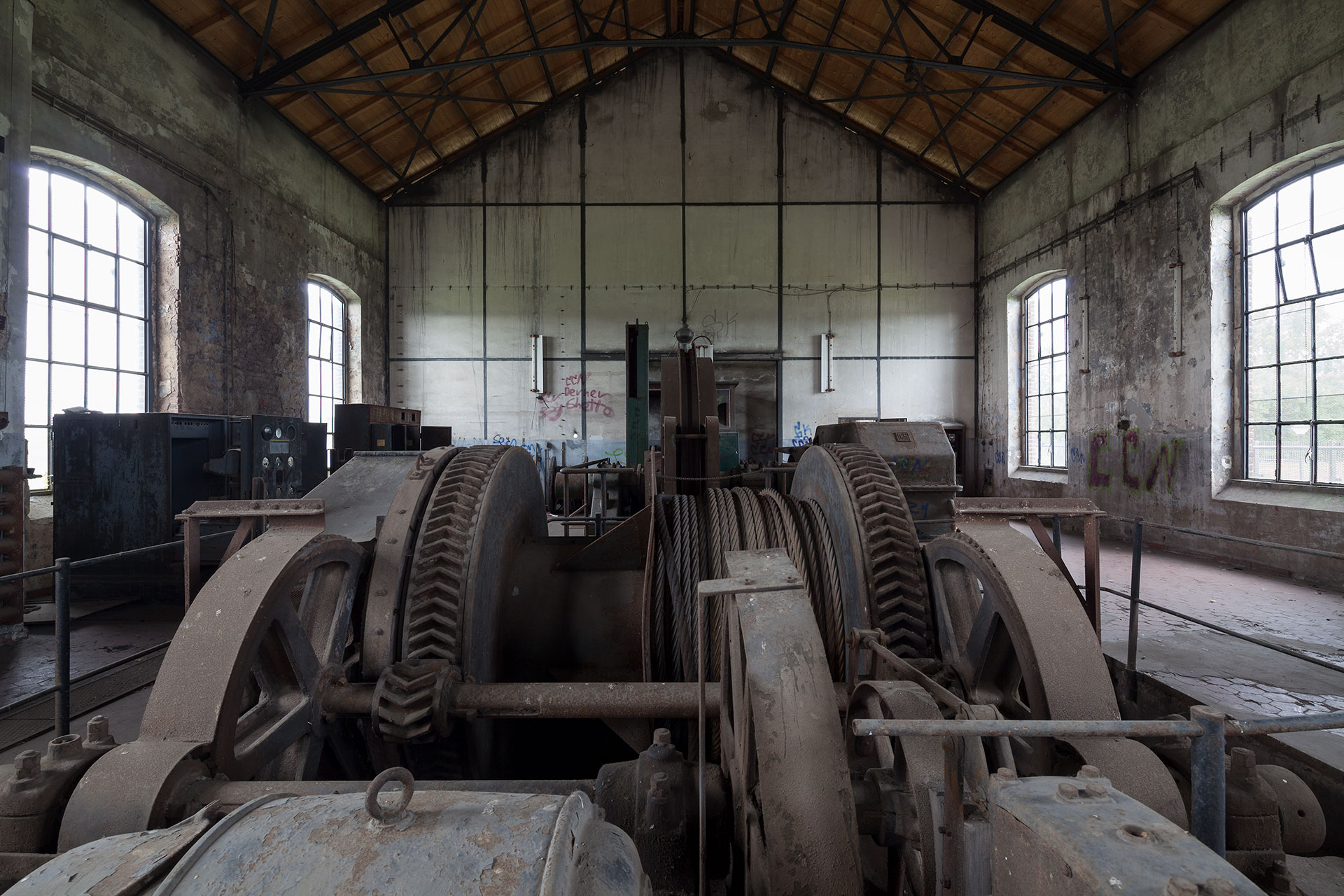 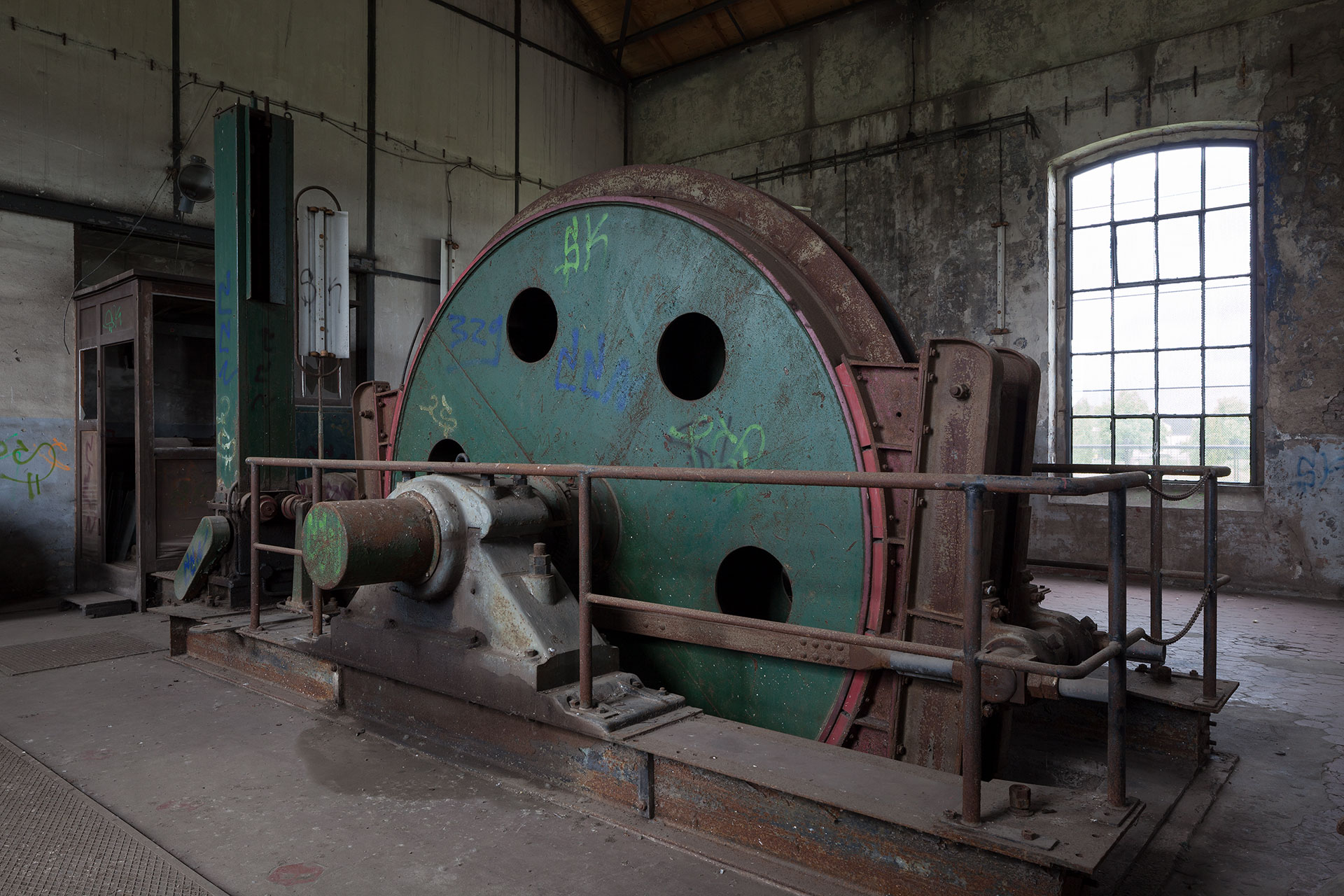 Vis á vis the Tomson-Trestle, you’ll find the landmark of Dortmund’s city district Derne: the two-story tower scaffolding over shaft 4. Its master builders constructed it in the years 1933/34 in solid wall building style and were forced to set up the scaffolding’s struts in an unusual way: almost perpendicularly. This was due to the two machine houses that had to stand close to the headframe because of confined space. To achieve a favorable cable inclination angle, the persons in charge decided to install the twin steam-driven hoisting machines on the machine house’s first floor. The two devices were manufactured in 1924 and 1934 by the smeltery Gutehoffnungshütte in Oberhausen, and are still preserved up until now.

The proclamation of the German Empire (1871) and the following economic upswing had hardly begun when today’s Dortmund city district Derne entered into the industrial era. In 1873, the first shaft sinking activities began at Gneisenau mine. But instead of being able to get excited about hard coal, the mining company initially had to battle against masses of water. The inflows were so strong that regular production could only start in 1886. But the path was now clear and an incredible success story began.

In 1891, Gneisenau mine transferred into the ownership of Harpener Bergbau-AG. The persons in charge continually looked for new ways to develop the coal agreement. The company therefore acquired various additional mines which they had to discontinue again until the start of the 1930s. This didn’t have a negative impact on Gneisenau mine’s success. That’s because at the end of the 1920s, the company started to expand the mine into a large-scale pit. Harpener Bergbau-AG started up operations of a new large-scale coking plant in 1928 and merged Gneisenau with the hard coal mine Scharnhorst in 1931. As of 1934, coal was only produced through the new central hoisting shaft 4 at Gneisenau.

It still took a little bit of time until the mine was considered as the number one in coal production in the Ruhr region. Gneisenau was heavily destroyed in the Second World War. And nevertheless, the employees managed to already start up operations again in June 1945. The large-scale coking plant’s gates opened up a year later. Harpener Bergbau-AG continued its expansion strategy and acquired the entire construction field of Victoria mine between 1963 and 1964.

From now on, the mine only knew one way to go: higher and higher. Gneisenau achieved this goal in 1970. With around 6000 employees and annual output of more than three million tons of coal, it was the most productive mine in the Ruhr region at that time. The mine was even able to increase this remarkable result: In 1974, it produced altogether over four million tons and therefore attained the highest annual output in its history.

Gneisenau was no longer able to celebrate its 100 anniversary. That’s because in 1985, i.e. 99 years after the plant produced the first coals, connection to the Haus Aden mine took place as well as the successive shutdown. The coking plant was still operational until 1989. The mine power plant ended its work a year later. Where numerous halls, vents and scaffolds used to stand, all that was remained after the demolition work were a few over-ground facilities. Tomson-Trestle with the shaft hall over shaft 2 and the tower scaffolding over shaft 4 have been under monumental protection together with the corresponding machine buildings since 1989. In 1995, the plants transferred over to the ownership of the Foundation for the Preservation of Industrial Monuments, and were therefore able to be safeguarded against demolition. 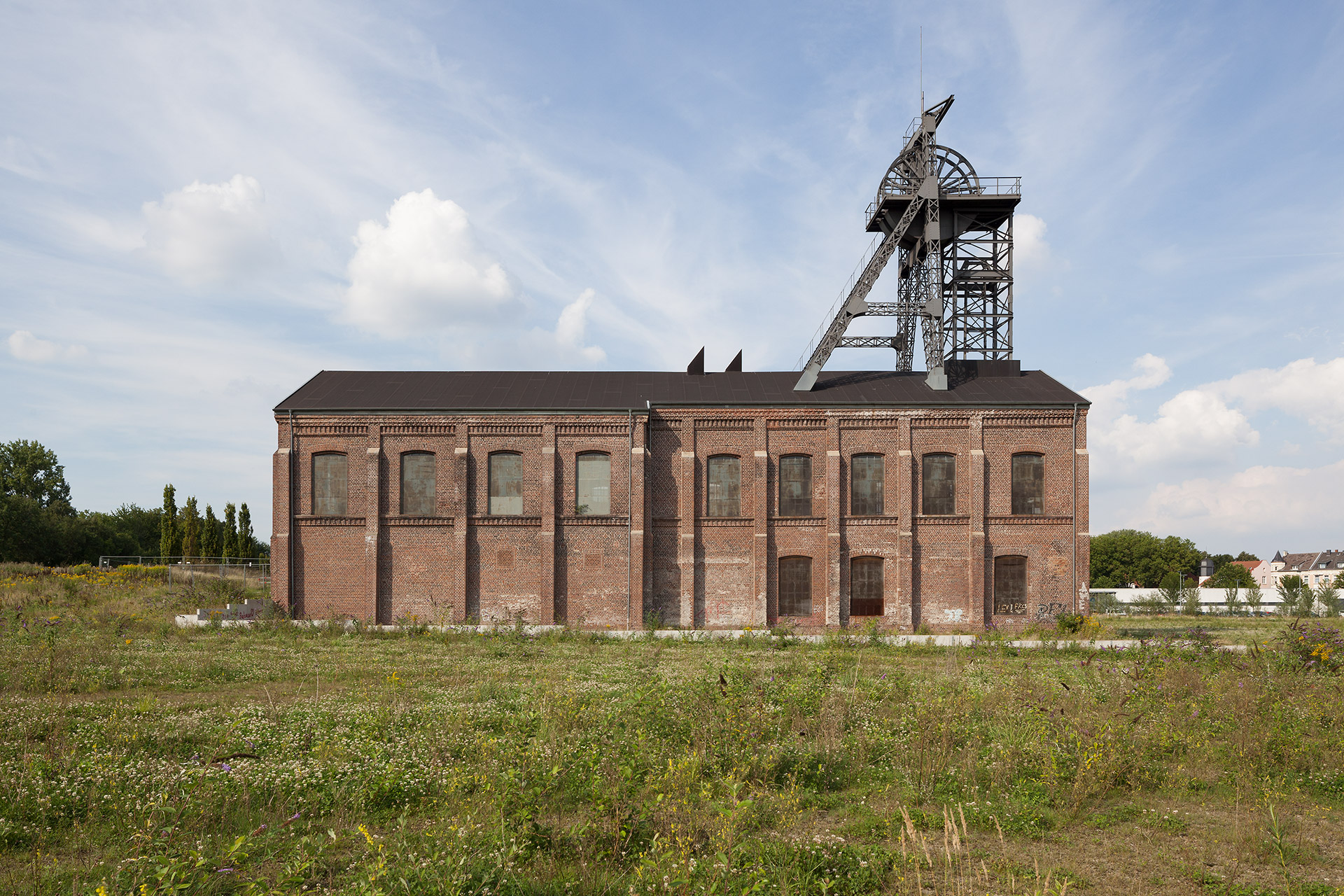 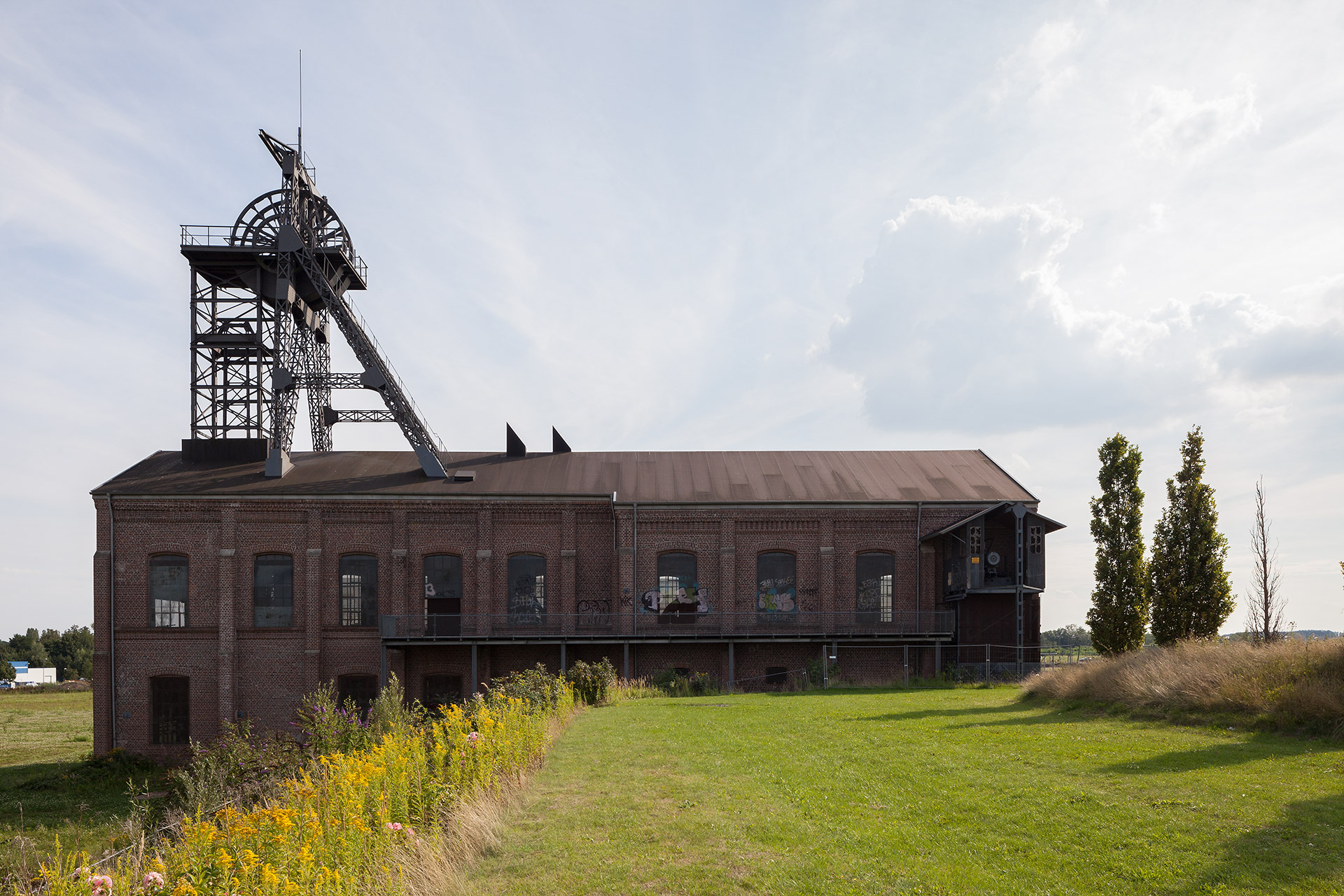 The monument ensemble is a building block steeped in history in the "redevelopment area Derne" and is being integrated into the development concepts for this northern district (more information under following link). The Förderkreis Zechenkultur Gneisenau e.V. is continually vitalizing the plant with highly different projects. This commitment is making the machine building a popular contact point in the Derne district. It is also used as an event venue for culture and leisure time and it inspires people from the whole region.

Safeguarding of Attica areas on the hoisting machine buildings
(Shaft 4)