William Shakespeare just brought Romeo and Julia to life, Galileo Galilei revolutionized natural sciences and Rembrandt learned how to walk. When the Ahe-Hammer blacksmith’s shop started up its operations in Herscheid/Werdohl more than 400 years ago, the world was still a different one.

Visitors to the historic blacksmith’s shop can still immerse themselves in this world today. It is the Foundation’s first and until now only early industrial monument site. Craftsmen produced the so-called "märkische Osemund iron" here by using hydropower. This iron was a soft and malleable material that especially served to produce high-quality wire.

The plant takes its name from the Schwarze Ahe River, where the blacksmith’s shop was built. A hammer pond is right behind the building, in which the river’s water still dams up today. The craftsmen generated the power they needed from here to drive the imposing forge hammer inside of the plant: The water fell through flood crates on two overshot water wheels, which consequently set it into motion. One wheel drove a bellow that stoked up the blacksmith’s fire. The other got the hammer shaft going, therefore ensuring the hammer’s operation: Ridges of the axis pressed the hammer handle downwards. The hammer head swung up and quickly dropped down to the anvil again due to its tare weight.

And this already at a time when the invention of the steam engine was still about 100 years ahead in the future. 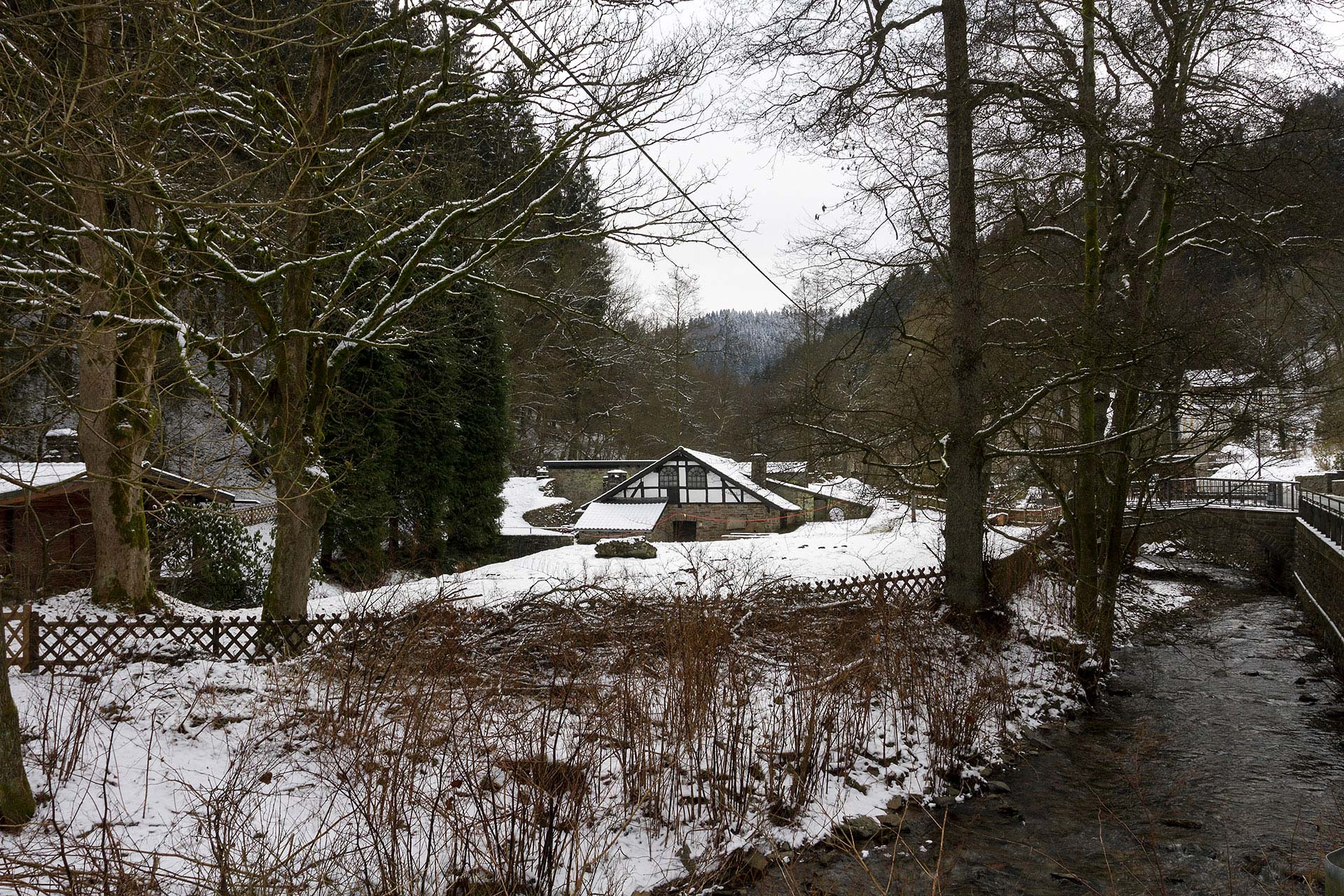 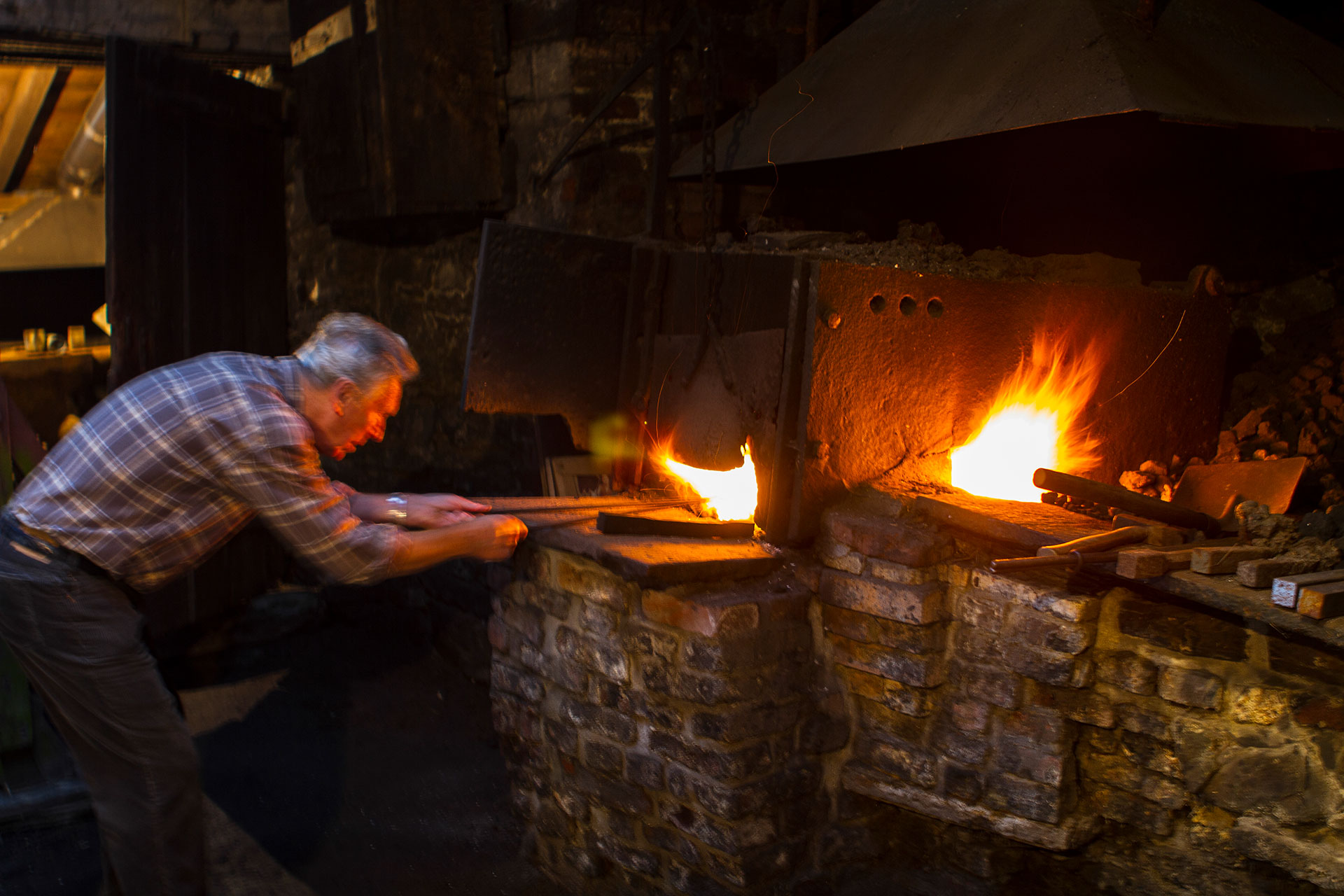 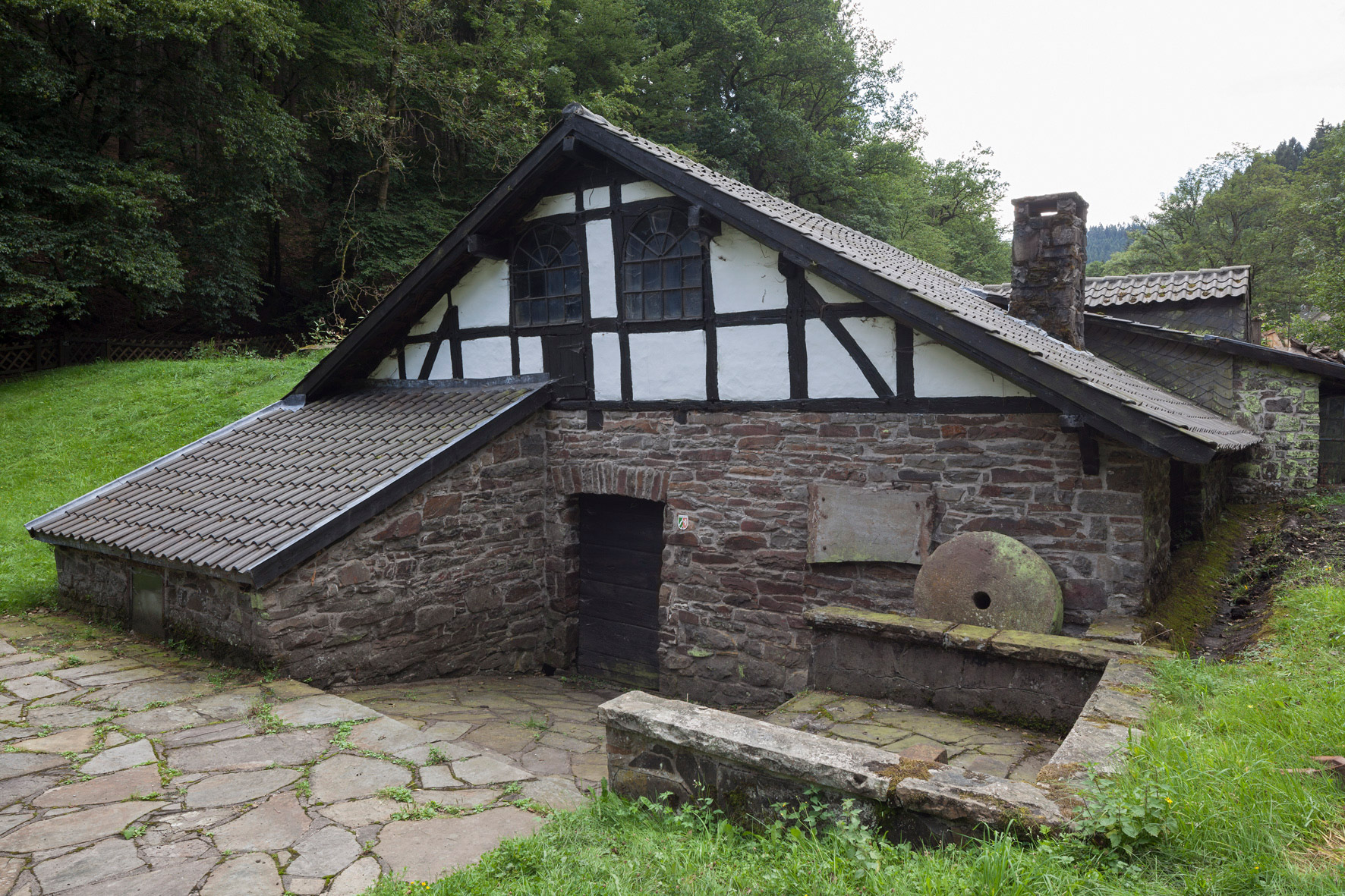 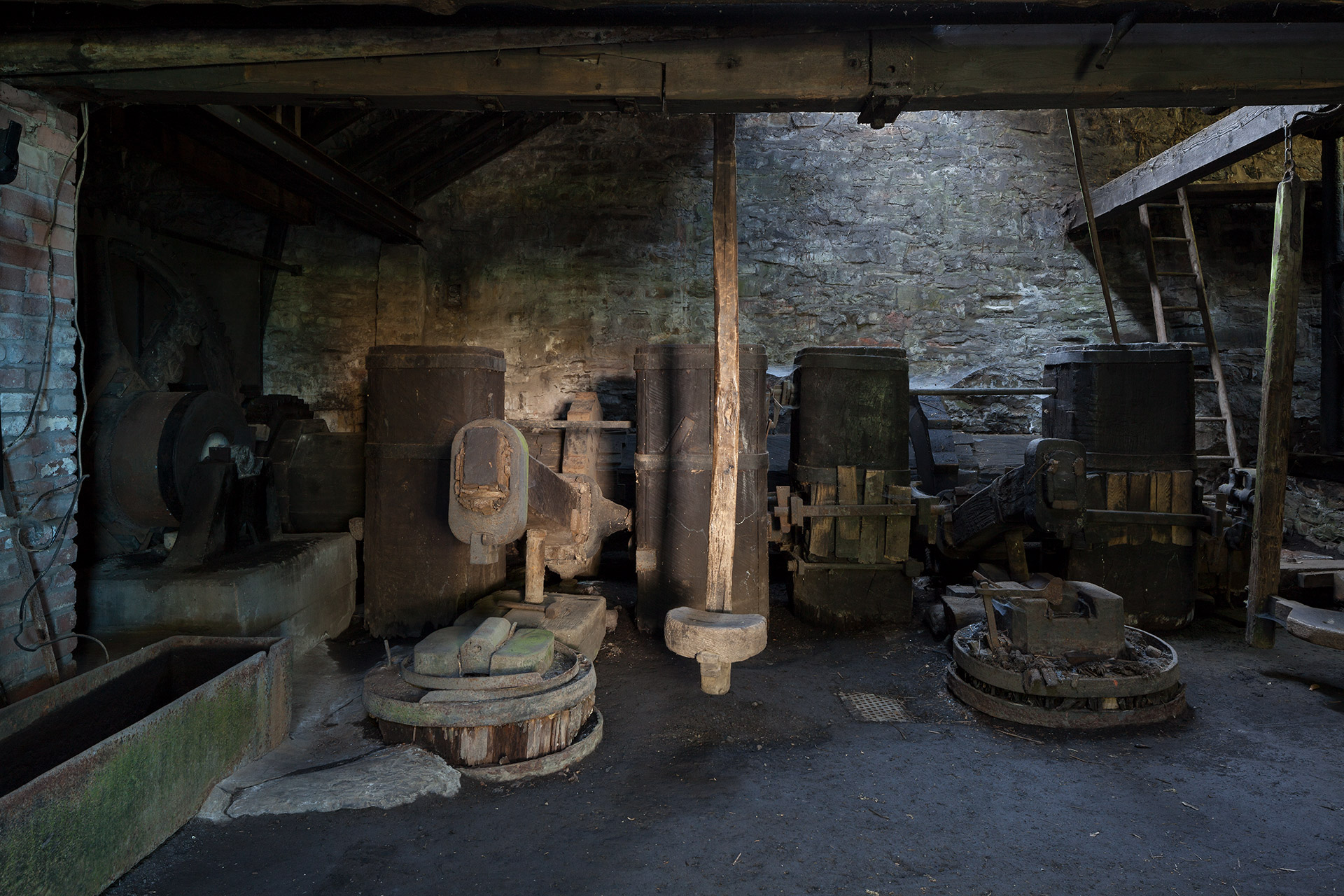 Even today, visitors have the opportunity to admire these remarkable mechanics during demonstrations in an exhibition workshop. In addition, another interesting aspect moves into the spotlight: life as a blacksmith. For example, the plant’s writing room and bedroom are also open next to the old coal bunker. They invite visitors to experience the unusual everyday life of the craftsmen up close – and to take a journey into long forgotten times.

Extraordinary testimony of history and a fascinating monument. In the future, the Ahe-Hammer should also be available for tours and touristic concepts – e.g., in connection with the route of the Association WasserEisenLand e.V.
Care of the blacksmith’s shop is the responsibility of the Association for the Promotion of the Osemund Monument (Förderverein Osemunddenkmal) Ahe-Hammer Herscheid/Werdohl. When construction work is completed, the monument should give visitors of all ages unique insights into the history of forging art as an extracurricular place of learning.

The blacksmith’s shop was created between 1592 and 1612 and was owned by the Brüninghaus family for around 400 years. Märkische Osemund iron was produced up to 1859. Afterwards, Ahe-Hammer was used to produce forged goods/ironwork. In the years 1882/84, a renovation took place that has given the plant its current look.

Nine years later, Ahe-Hammer opened up its gates as a museum showpiece and has been under monumental protection since 1984. In 2013, the significant building became the property of the Foundation for the Preservation of Industrial Monuments and Historical Culture, which ensured the monument’s preservation. 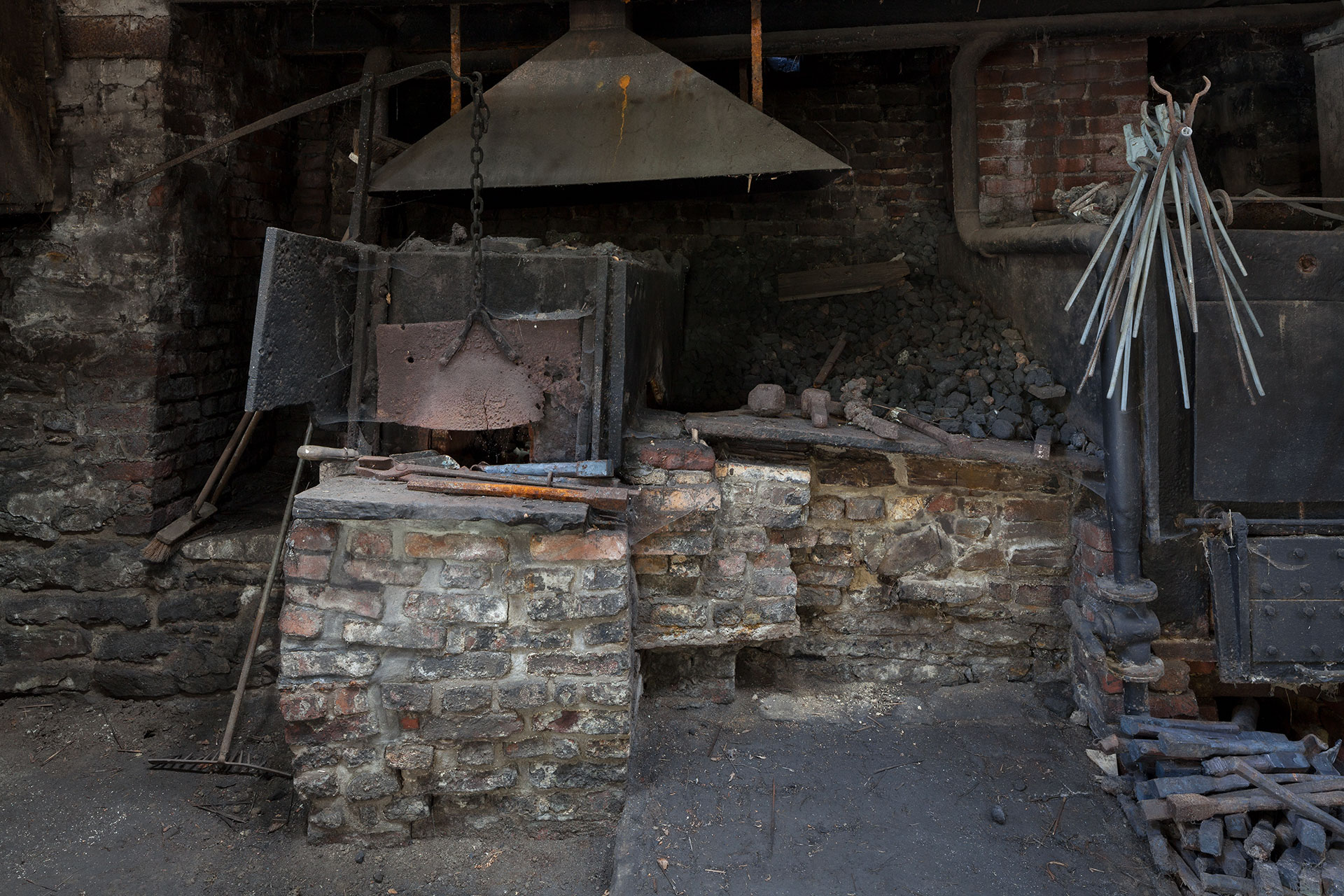 2 fireplaces inside of building

Strengthening of roof structure on hammer building, maintenance and reconstruction work on the weirs

Renovation and design of pond area

Maintenance of installations for blacksmith operations

Renovation of roof and walls